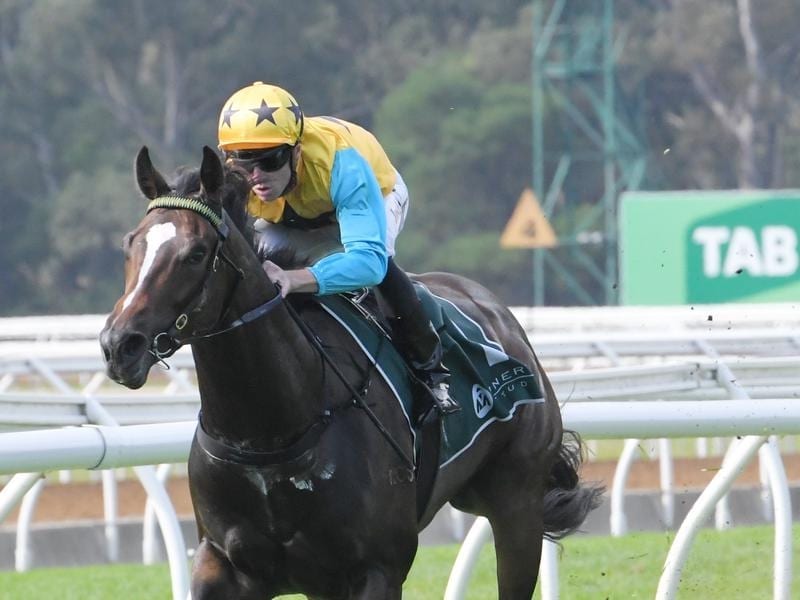 Diamond Thunder can earn a BRC Sires’ Produce Stakes start should he win again at Rosehill.

Searching for a tough, two-year-old type at the Magic Millions yearling sale, trainer Mark Newnham found a colt by Dawn Approach who ticked all the right boxes.

The only problem was, he proved a shade too tough to handle as a colt.

“His first start he absolutely went to pieces in the yard,” Newnham said.

“He was dripping wet and was rearing and striking and bucking, doing everything you shouldn’t do.”

It appears to have done the trick with the two-year-old showing exemplary racing manners to chalk up back-to-back wins at Hawkesbury and Warwick Farm to earn a shot at Saturday grade in the Lonhro Hall Of Fame Handicap (1200m) at Rosehill.

“He’s got a really good racing style because he’s quick out, he relaxes well and quickens up when he gets challenged. He’s a good, genuine racehorse.

“And he loves it. The more you give him, the more he enjoys it.”

Gibraltar Girl will also run at Rosehill in the So You Think Hall Of Fame Handicap (1200m) and Newnham says a strong tempo is key to her chances of recapturing form.

The trainer will have to watch his Rosehill pair from afar as he is heading to Brisbane to oversee the winter carnival debut of Australian Oaks runner-up and early Queensland Oaks favourite Scarlet Dream in The Roses at Doomben.

The filly also holds a nomination for the Queensland Derby and her performance on Saturday will determine what path she takes.