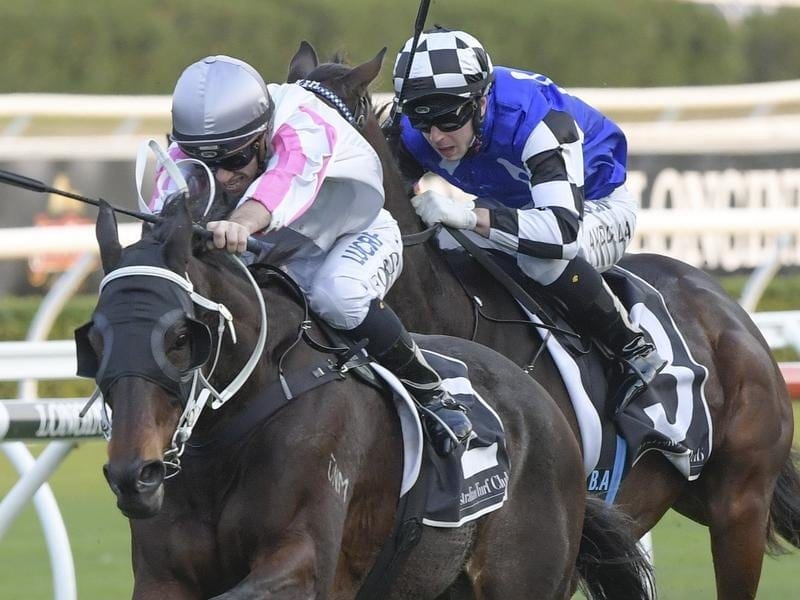 Veteran Destiny’s Kiss will have conditions to suit in the Listed Winter Cup at Rosehill.

Joe Pride has revised some of his expectations for the stable’s Rosehill runners with the prospect of a slightly better than expected track.

The track was in the soft range on Thursday two days out from the meeting with the Pride team headed by Destiny’s Kiss in the Listed Winter Cup.

Destiny’s Kiss was always going to run even if the track was heavy and Pride said he had come through his third in the Stayers Cup (3200m) better than could be expected.

“His trackwork rider said it was like he had never had a run,” Pride said.

“He is a marvel. He always recovers well.

“And a heavy track at Randwick is different from a heavy at Rosehill anyway.

“I don’t really think he let down on it like he usually does.

“I also think he prefers the mile-and-a-half to the two miles.”

As always, the main concern is the nine-year-old’s record which means he is almost always carrying the top weight as is the case on Saturday when he has 61kg.

Race favourite Sayed has 53.5kg with the other six runners on the minimum 53kg.

“Sayed is not a bad horse but Destiny’s Kiss beat him in the Wyong Cup giving him weight on a good track and Sayed ran third,” Pride said.

Thirteen of Destiny’s Kiss’s 18 wins have been on rain-affected ground while his good track wins include the Listed McKell Cup on May 26.

Another of Pride’s Rosehill runners, Brook Magic, won in the heavy going at Randwick on June 9 and is a filly the trainer has earmarked as a potential stakes performer.

She runs in the Benchmark 80 sprint (110m) for fillies and mares while La Chica Bella is scheduled to start over 1800 metres at Benchmark 75 level with her top weight a concern.

“La Chica Bella is a great little mare with terrific heart but she has to carry 61 kilos,” Pride said.

“We don’t ask our best horses in races like the Doncaster to do that so I’m not sure why these horses have to.”