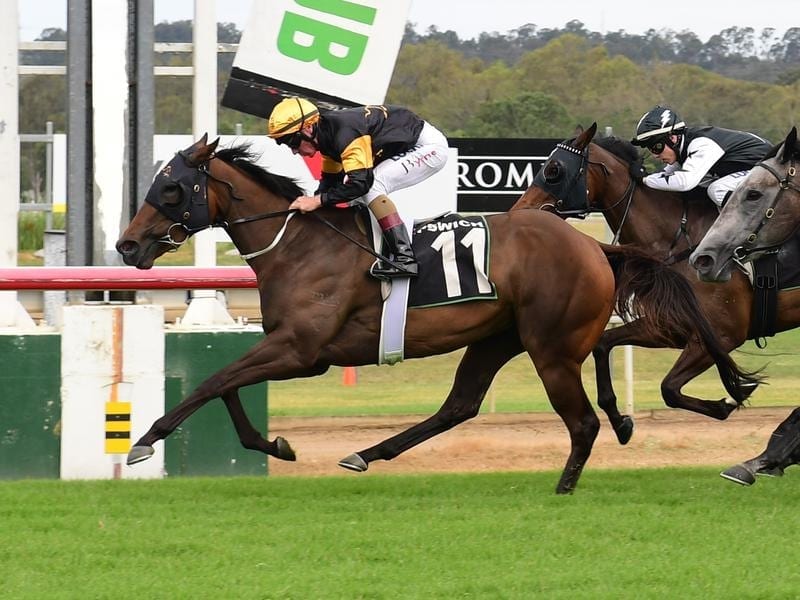 Trainer Desleigh Forster will send Conquermore out at Doomben with apprentice Jackson Murphy aboard.

Trainer Desleigh Forster has backed her opinion of three-kilogram claiming apprentice Jackson Murphy by giving him the ride on Conquermore in the Listed Mode Plate at Doomben.

Murphy started the season riding plenty of winners but his impetus was stalled by a series of suspensions.

He returned to form last Saturday riding a double at Doomben.

Murphy will not be able to use his 3kg claim on Saturday and will be the only apprentice in the race but Forster has no doubts he will be up to the task.

“I have been watching him and I like the way he rides. He shows a lot of patience for a young rider and if he applies himself he can go a long way,” Forster said.

Conquermore was part of a double for Forster at Ipswich last week along with Desert Digby who tackles the Winning Rupert Stakes.

Forster had considered spelling both after their wins.

“But they have both done well and these look ideal races for them,” she said.

“Conquermore has drawn well and she just keeps on improving. She came from the outside barrier and sat deep all the way to win at Ipswich so it was a good win and only a good horse could have done it.

“Desert Digby has done really well and his regular track rider said he had worked the best ever on Tuesday.

“There are some smart horses in the Winning Rupert but Desert Digby is a changed horse since we have been able to ride him just off the pace.”