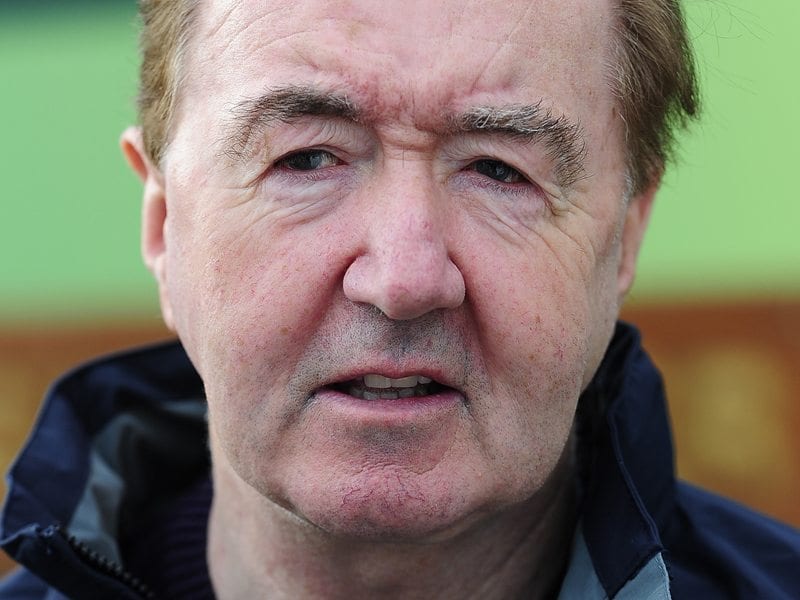 Dual Melbourne Cup winning trainer Dermot Weld has brought up a milestone with his 4000th winner.

Having made it 3999 when Discipline took the feature Oaks Trial at Naas on Wednesday night (Thursday AEST) stablemate Sea Swift obliged in a maiden.

“I’ve been very fortunate to have had some great riders over the years like Wally Swinburn, Johnny Roe, Michael Kinane and Pat Smullen, and Brendan Sheridan in National Hunt,” Weld said.

“I’ve had a wonderful team of staff through the years, and a lot of hard work has gone in over that time.

“For many years there was only racing three days a week on Wednesday, Thursday and Saturday and sometimes only two days a week.

“It’s nice to do it with a home bred filly of my late mother’s. We will look for some black type later in the year with her.”

Weld became the first northern hemisphere trainer to win the Melbourne Cup in 1993 and won Australia’s most famous race again in 2002 with Media Puzzle.

Harzand will attempt to add the Irish Derby to his Epsom win on Sunday.

The race will be run without English Derby runner-up US Army Ranger with trainer Aidan O’Brien ruling him out after an unsatisfactory scope.