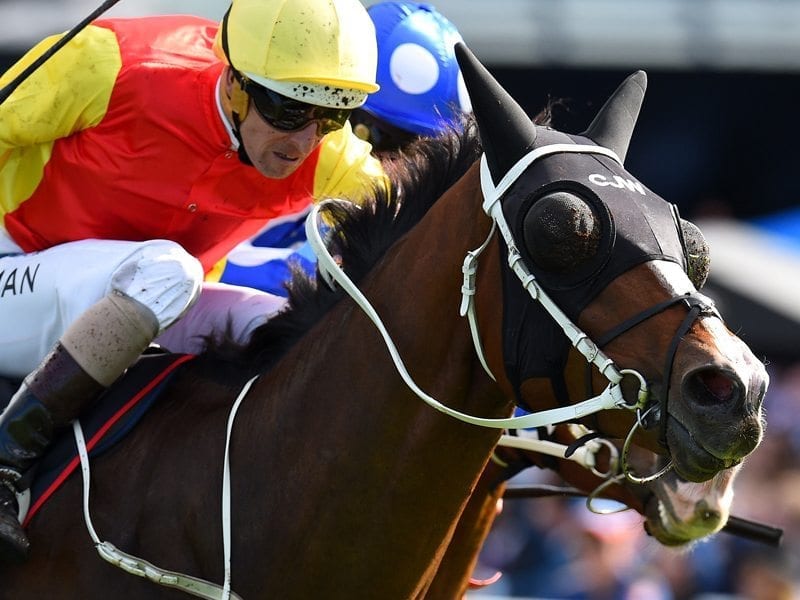 Delectation will be reunited with jockey James McDonald in the Doomben 10,000.

The decision to replace Jason Collett with James McDonald on Delectation in the Doomben 10,000 is one trainer Chris Waller admits did not come easily.

But in the end it came down to facts and figures.

“James is a great rider and has won a Group One on him when he beat the best in the world,” Waller said.

“Jason has done a lot of work on Delectation and rode him well in the BTC Cup so it was a hard decision.

“James is a great rider and Delectation is his own worst enemy because he hasn’t been settling this preparation.

“Hopefully things go his way on Saturday. The 10,000 is the race I’ve always had in mind but he couldn’t run over 1350 metres first-up so he needed to go to the BTC Cup.”

Delectation’s moment in the sun came when McDonald rode him to beat Chautauqua to win the Darley Classic in the spring but he has not registered a win since.

He finished unplaced in the Lightning Stakes and TJ Smith, both won by Chautauqua who went on to win the Chairman’s Sprint in Hong Kong to cement his position as the world’s highest-ranked sprinter.

After a late autumn break, Delectation finished eighth, less than 2-1/2 lengths from the winner Malaguerra, in the BTC Cup last Saturday week from a wide barrier.

“He has a soft draw (two) on Saturday and everything should suit,” Waller said.

“He has been enjoying Queensland and worked very well on Tuesday so he is ready.

“He just has to put it together.”

Delectation is the $5 second pick behind long-time favourite Azkadellia ($2.80) who has drawn the outside in the 10-horse field.

Waller won last year’s 10,000 with Boban during a Brisbane carnival which also netted Group One wins in the Queensland Oaks with Winx and JJ Atkins with Press Statement.

Although Earth is still a maiden, the colt will be given his chance in the JJ Atkins if he can perform in Saturday’s Group Two BRC Sires’ Produce Stakes.

“He might be a boy in a man’s body but if he can finish in the first three he will book his ticket for the Group One,” Waller said.