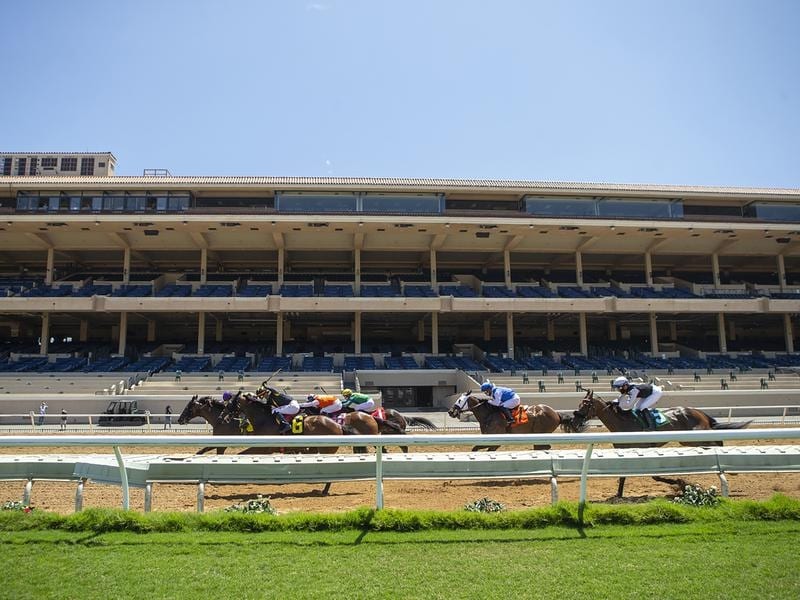 Weekend racing at Del Mar in San Diego is off after 15 jockeys tested positive to COVID-19.

Del Mar has cancelled racing for the weekend after 15 jockeys tested positive for COVID-19.

All the track’s riders and personnel who work in the jockeys’ room were tested by San Diego County public health officials at the request of the Del Mar Thoroughbred Club.

Of the 15 positive tests, all were believed to be asymptomatic and contact tracing procedures are underway.

All but one of the riders who tested positive rode at the recent Los Alamitos meet in Orange County.

The mass testing was ordered by the track after jockeys Flavien Prat and Victor Espinoza tested positive. They are both quarantining at home.

The track isn’t identifying any of the other riders. However, some have confirmed their own cases.

Leading jockey Umberto Rispoli, who won seven races last weekend at Del Mar, tweeted on Wednesday that he was positive, too, and was in quarantine.

“I’m feeling more than well,” he posted, adding that he was asymptomatic.

It races on Fridays, Saturdays and Sundays through Labor Day.

Racing is expected to resume on July 24.

The card on Saturday was to feature Maximum Security in the $US150,000 San Diego Handicap.

Now trained by Hall of Famer Bob Baffert, Maximum Security was to be ridden by Luis Saez.

However, the jockey tested positive for COVID-19 last weekend at Keeneland in Kentucky.

As a result, Baffert had named Abel Cedillo as the replacement rider.