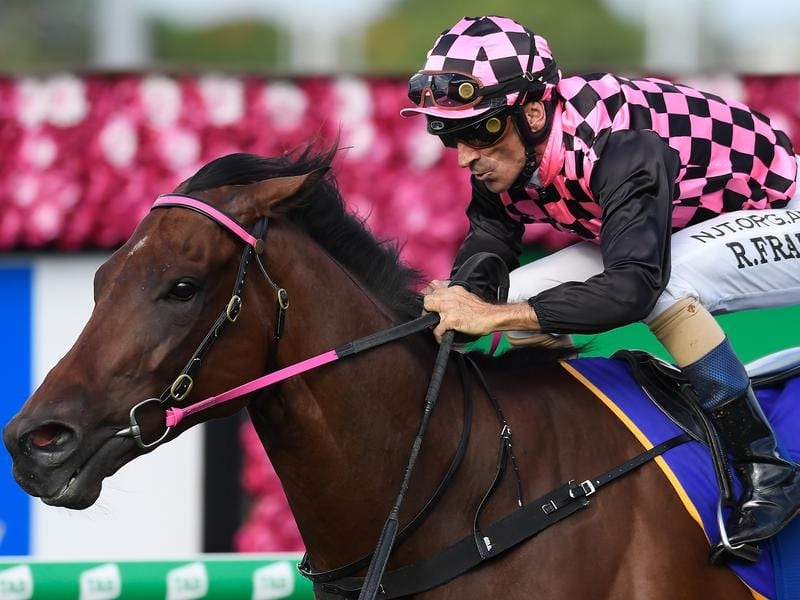 Deep Image was the final horse to be accepted into the field of 18 for the Stradbroke Handicap.

Robert Heathcote’s chances of training his first Group One winner in Queensland doubled when Deep Image made the field for the Stradbroke Handicap.

When the final Stradbroke field was declared on Tuesday morning, Deep Image was the last in after Victorian mare Teleplay did not accept.

There are 18 runners and five emergencies with Caloundra mare Baccarat Baby the first emergency.

Topweight is Godolphin’s Trekking, who won the race last year.

He will be ridden by Michael Cahill who won the Stradbroke on St Basil in 2005.

The Stradbroke is one of only two Group One races to be run this winter, with the other the JJ Atkins for two-year-olds.

Racing Queensland (RQ) originally scrapped its winter carnival but later announced a truncated version with the two Group Ones.

The barrier draw for the Stradbroke will be held on Tuesday night.

RQ and the Brisbane Racing Club had originally planned a special cocktail function for the draw but that was cancelled due to coronavirus restrictions.

However, with Sky Channel having booked a telecast slot it was decided to continue with the late barrier draw.

Heathcote has won 10 Group Ones but none in Queensland.

He gets a great chance on Saturday with the in-form Deep Image in the Stradbroke and race favourite Rothfire in the JJ Atkins.

Stephanie Thornton will ride Deep Image and she will be one of two female jockeys in the race while Tegan Harrison is booked on Bam’s On Fire.

Caloundra colt Superare is in the field of 18 for the J J Atkins after Anders did not accept.