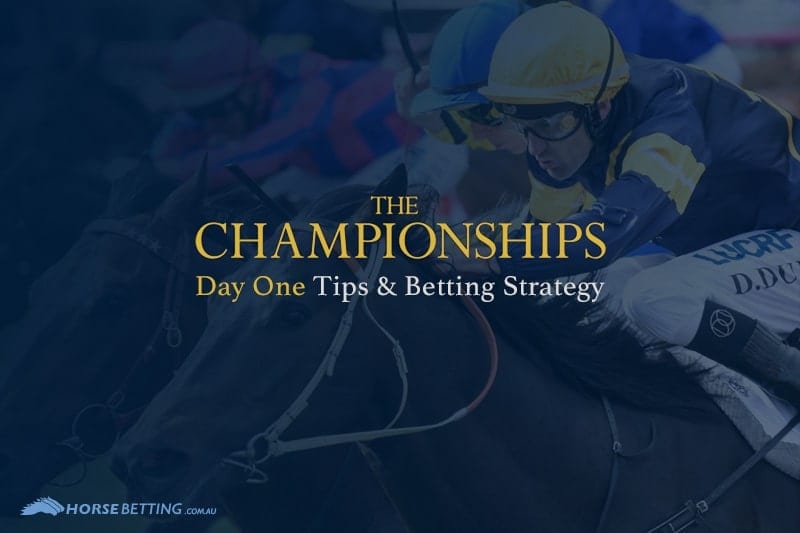 Day one of The Championships is upon us and we have four huge Group 1 races on an already stacked card of racing at Randwick.

Our team of experts at Horse Betting have taken a look at all ten races on the card and delivered tips for each and every event on the card.

Let’s take a look at the betting strategy for the day.

BEFORE YOU BET: Sportsbet has a bonus bet special across the opening six races on the card.

A huge day for Godolphin should kick off in the right fashion with Athiri.

Last start the horse was not far off eventual Group 1 Golden Slipper winner Kiamichi in the Group 2 Magic Night Stakes, and drops a kilo off that performance.

Athiri should be far too good here.

Ringerdingding may have failed in his last start at Randwick but we think the experience of racing at the track will be highly beneficial here.

Prior to that start the horse delivered a fourth placed finish in the Group 1 Australian Guineas behind superstar Mystic Journey, which bodes well for his ceiling.

This may have not been the target when he joined the Waller stable, but Ringerdingding will deliver a win here in the Carbine.

Amangiri is hunting a hat-trick after a dominant win in the at Hawkesbury on March 20. The progressive filly delivered back-to-back wins at short odds and had it not been for a wide draw heading into Saturday we think she’d be just as short.

Still, Amagiri should beat this field and go on to bigger and better things.

Noble Boy has only missed out on winning once from six starts, which we think bodes well for a strong performance in the Country Championships.

During his last start at Muswellbrook the gelding delivered a powerful performance, winning by a length and a half at a short price.

For the first time in a long time we’re going into the Country Championships Final full of confidence.

Semari is hunting a fourth-straight win and is at great odds to back.

Over her last two starts the mare has won at Moonee Valley and Rosehill, and while she confronts Randwick for the first time Semari draws well in the weights and has a terrific barrier.

We were disappointed with Tenley’s run in the Golden Slipper and we think the Godolphin runner is much better than what filly displayed.

We suspect the horse didn’t get through the track well, but James Cummings said the horse didn’t display any adverse affects following the race, so we’re backing her in to bounce back sharply.

Arrogant put in a sterling performance to almost topple The Autumn Sun in the Group 1 Rosehill Guineas, which has seen a lot of market support for the Mike Moroney Runner.

Before that the horse acquitted himself nicely prior to that in the New Zealand Derby, and the colt looks to be improving with every start.

A breakthrough Group 1 success should be on the cards for Arrogant.

Osbourne Bulls looks to be peaking third-up here, where he has previously won at in the past.

The Godolphin runner showed in The Everest showed OB has what it takes to perform at Randwick, and we believe he can go better on his second start at the track.

Don’t stress too much about the wide draw for Brutal, who wasn’t planning on hanging back at the start anyway.

Brutal is one start removed from a career-best run against Winx in the George Ryder Stakes and the three-year-old gets his chance at a lower weight.

Brutal looks the goods in the Doncaster.

Spanish Whisper is third-up in the final event on the card, a point in the preparation she has won at in the past.

After resuming with a strong run at odds at the Valley, the filly took out the Group 3 Tycoon Tracy at Flemington on March 9. The filly comes into this one very fit and will benefit from the two runs under the belt.