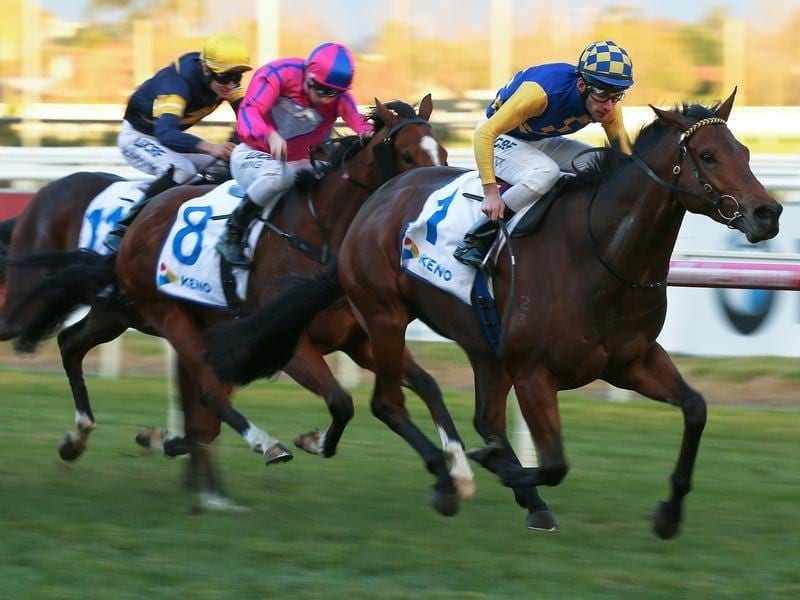 Last-start Caulfield winner Ashlor will be given his chance at upcoming Group races.

Trainer Dan McCarthy is keen to stretch Ashlor out to 1400 metres with a view to giving the talented sprinter a crack at Melbourne’s first Group One race of the upcoming season.

Ashlor lumped 63kg to a convincing win in a 1200m benchmark-84 race at Caulfield on Saturday to register his eighth career win from 18 starts.

It also snapped a frustrating run of four placings from his previous four starts.

McCarthy has outlined plans to step the gelding up slightly in distance next start with a view to big race targets.

“My idea at the moment is to string him out to 1400 metres for those early spring 1400 metre races at Caulfield,” McCarthy said.

“And then give him a short break and bring him back for Perth.”

The Rupert Clarke Stakes (1400m) at Caulfield later in September would also be an option if Ashlor is still up and going well.

McCarthy said Ashlor’s dislike for the straight course at Flemington ruled out sprint options at that track which is a reason he has his sights on the Perth carnival later in the year, specifically the Group One Winterbottom Stakes (1200m).

Ashlor enjoyed a box-seat run under Jamie Mott in Saturday’s race and picked up strongly under his big weight to win by a length.

“It’s so important for him to get a run like that,” McCarthy said.

“When we draw well we can get those sort of runs. He can get covered up and then he relaxes. And he finishes pretty well.”