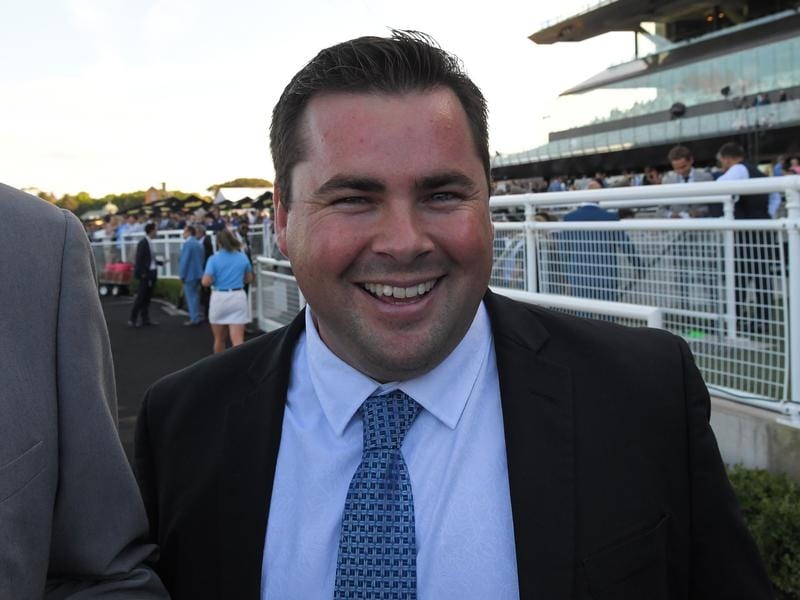 His homeland is known for producing racehorses blessed with stamina but until recently, Richard Litt has had limited opportunities to train stayers.

European import National Guard is the latest budding stayer to step out for Litt and the trainer is confident the former Aidan O’Brien-trained horse can make his mark.

“Being from New Zealand, we love stayers but I haven’t had that many come my way,” Litt said.

“Morton’s Fork and now Castelvecchio is looking like he can stay, second in the Cox Plate wasn’t too bad, and now National Guard.

“I haven’t had a lot of stayers but I love training them and I find they’re easy to train.”

The four-year-old won over a mile in Europe but Litt believes he has the scope to stretch to longer distances.

The horse was doing his best work late over 1400m at Randwick last month before a midfield finish over 1800m last start.

“His last run was luckless. He just didn’t get a go at them at all,” Litt said.

“The smaller field here at Randwick on Saturday will suit him and he’ll be back off the pace a bit and we’ll give him plenty of galloping room.

“He is a really nice horse and he will be a nice horse for the future.”

Litt credits O’Brien’s outstanding systems and while National Guard is the outsider of Saturday’s seven-horse field at $16, his trainer is adamant he can feature in the money.

“I think Aidan O’Brien’s horses are so well looked after, they travel a lot and are very well educated so they adjust quick,” Litt said.

“He has acclimatised very well. We’ve got him at a good distance and he’s up against some good horses so we’re going to learn a lot about him on Saturday.

“But I wouldn’t put him in there if I thought he couldn’t win.”

If National Guard performs to expectations, Litt will give him a short break and target a lower tier staying race during Sydney’s autumn ahead of a winter carnival preparation in Brisbane.

The trainer continues to be pleased with Castelvecchio as he builds towards a barrier trial at the end of the month ahead of a likely return in the Hobartville Stakes.