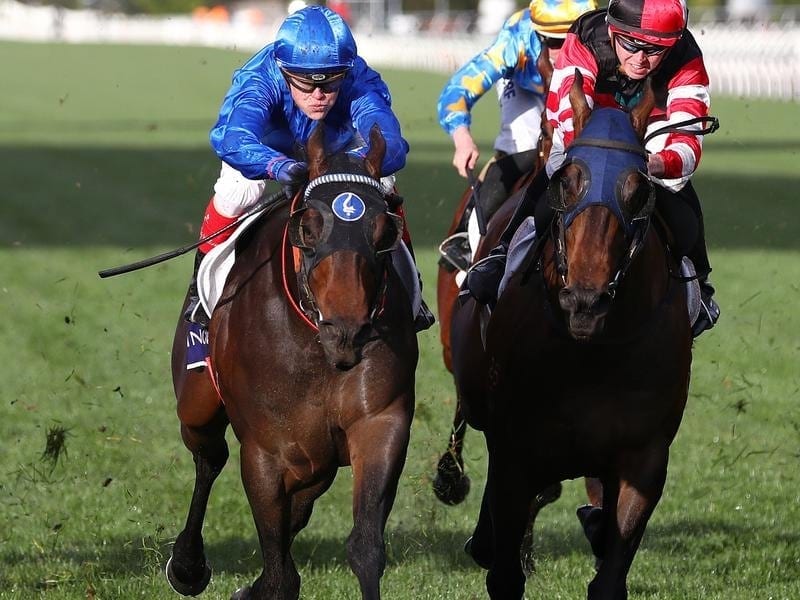 Encryption has at least one thing over his rivals as he prepares for the Group One Coolmore Stud Stakes.

As the winner of the Group Two Danehill Stakes in September, the Godolphin-owned colt is the only horse in Saturday’s field of 10 three-year-olds to have won on the straight course at Flemington.

Trainer James Cummings insists that form reference has merit heading into Saturday and even though Encryption is not among the top three chances in the market he expects the well-bred son of Lonhro and Guelph to run a big race.

“I loved his win in the Danehill, and he wasn’t at his peak that day,” Cummings said.

“I think that the way he’s been coming along since the Blue Sapphire Stakes last start when he was second to Written By is the perfect lead-up to see him produce a PB in the Coolmore fifth-up from a spell.

“He’s in the best shape of his life.”

Only two others in Saturday’s field have race experience on the Flemington straight course, with star filly Sunlight finishing third as favourite on debut in the Maribyrnong Trial in October last year.

The Robbie Laing-trained Thorondor, one of the outsiders for the Coolmore, was second in the Danehill when Encryption burst through between runners late to win the 1200m race.