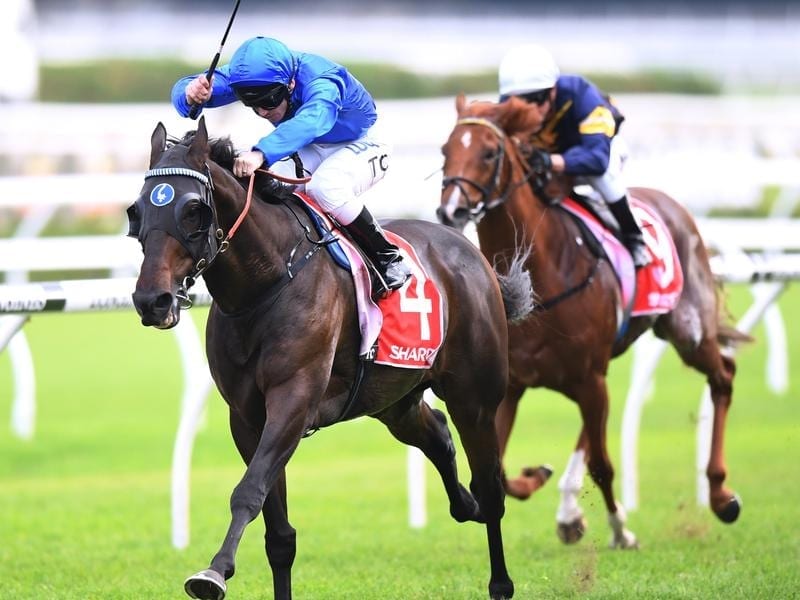 The James Cummings-trained Tally will drop in distance to contest the Eclipse Stakes at Sandown.

Godolphin trainer James Cummings has opted for a drop in distance for Tally who runs in a stakes race at Sandown.

Having contested the 2500m of the Lexus Stakes at Flemington on the opening day of Melbourne Cup week, Tally will line up in the Group Three Eclipse Stakes (1800m) on Saturday.

Cummings was disappointed with Tally’s finishing effort when ninth to A Prince Of Arran in the Lexus Stakes.

A Prince Of Arran went on to run third in the Melbourne Cup three days later.

Tally was saddling up for his fourth run of the campaign in the Lexus Stakes and had previously shown a liking for a staying trip having won the 2017 Mornington Cup.

“I thought he was building up to a big performance in the Lexus at Flemington last start,” Cummings said.

“However he raced like a 2000-metre horse so he should be suited by dropping back in distance and in class.”

“The risk is they’ll be a bit sharp for him at the 1800 metres but at least he should be running on strongly.”

Tally’s last victory came in the Japan Plate (2000m) at Randwick during the autumn carnival earlier in the year.

With spring winding up and after a successful Flemington carnival, Cummings will have only two Sandown runners.

Soothing runs in the Listed Doveton Stakes (1000m) with the trainer hoping the drop in distance will allow the mare to use her pace.

“She’s a mare with a powerful sprint and although she’s tackling some stiff opposition I’m hoping that she can run well,” Cummings said.

“I’d like to see her show that 1000-metre speed that she possesses.”