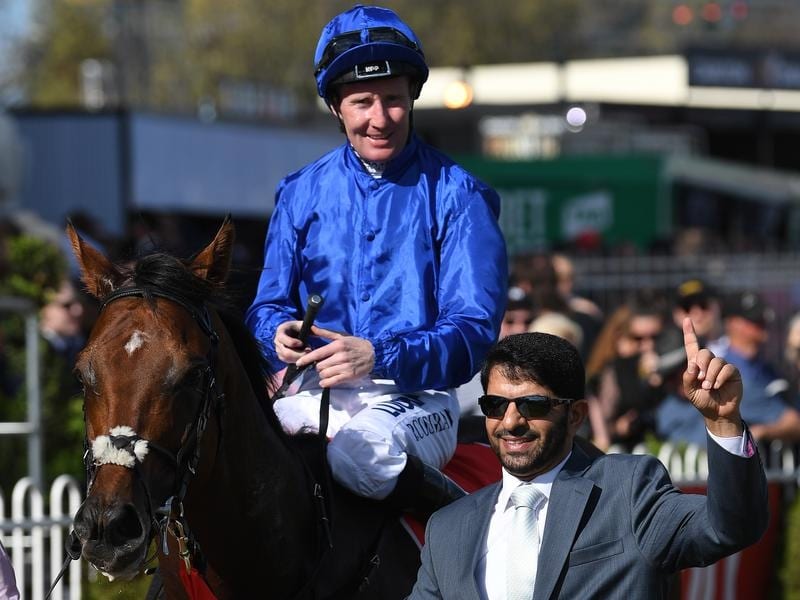 Benbatl, runner-up in the last of champion mare Winx’s four WS Cox Plate wins, is expected to return to action later in the UK summer.

The six-year-old has demonstrated his versatility late in life by proving just as effective on dirt when winning a Group Two at Meydan before finishing third in the inaugural Saudi Cup behind Maximum Security.

He was favourite for the Dubai World Cup before that meeting was cancelled at the beginning of the COVID-19 pandemic.

During a two-start Australian spring campaign in 2018, Benbatl won the Group One Caulfield Stakes before bravely trying to match strides with Winx in the Cox Plate.

“Benbatl is well. We gave him a break after Dubai,” Godolphin trainer Saeed Bin Suroor said.

“In August we will start looking at races for him. He’s in the Juddmonte at York and when we get closer to the race we’ll see how he is.

“Whether he stays in training next year, to go to Saudi Arabia and Dubai again, we’ll have to see how he runs this year and I’ll talk to the boss (Sheikh Mohammed).

“He’s a very consistent horse and always shows his class. He’s as good on turf and dirt and ran a big race in Saudi.

“He was favourite for the World Cup, they all had him to beat.”

Bin Suroor could have a new star on his hands given the way Stunning Beauty won on her debut at Newmarket by four lengths.

“She is a nice filly. I just want to see how she is over the next few days as that was her first ever run,” said Godolphin’s long-standing trainer.

“Next year she’s a filly for middle distances. I like her a lot, she has always shown us plenty at home, she has shown plenty of class.”