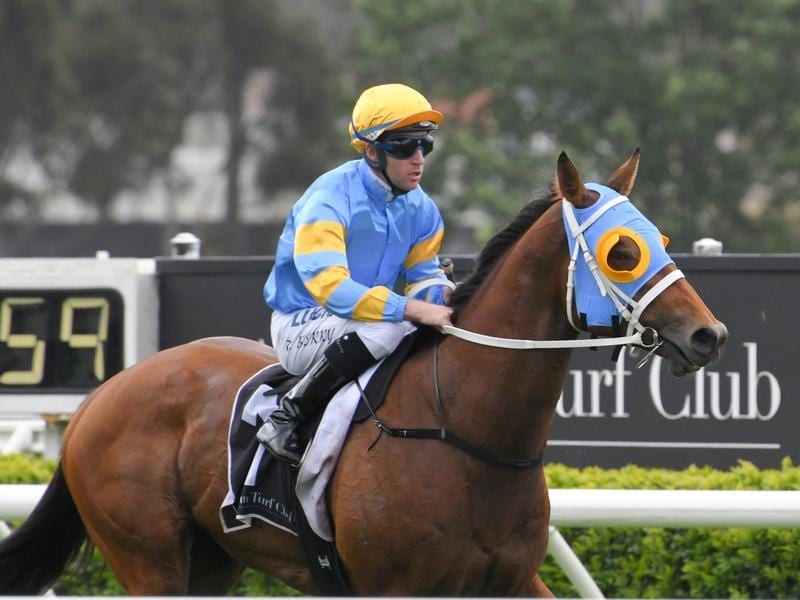 Expensive yearling Adana has responded to a gelding operation to break through for his first win.

Paying more than $1 million for a colt never guarantees premium racetrack success, as a syndicate of racing heavyweights found out with Warwick Farm winner Adana.

That’s why they had to spend a few hundred dollars more to get their first worthwhile return from the blue blood on Wednesday.

Adana, having his first start as a gelding, broke maiden ranks for a group of owners that includes Peter Tighe and Neil Werrett.

Tighe is a part-owner of Winx and Werrett was involved in unbeaten champion Black Caviar.

But not even their Midas touch could coax a win out of Adana when the now three-year-old was tried six times at the races as a colt.

At $1.1 million, Adana went through the 2017 Magic Millions sale as the dearest yearling by his all-conquering sire Snitzel at the auction.

“But it had to happen and he’ll take plenty of improvement out of this run going forward.”

Adana had been placed three times and was given his chance as an outsider in the Group One ATC Sires’ Produce Stakes as a two-year-old.

But he went under the knife after finishing third at Randwick last month and returned with a new outlook on racing under jockey Tommy Berry.

Berry saved Adana ($3.20) for a late rush at the leaders and the favourite responded in style to reel in Napolean Solo ($4.20) and win by a long head.

One of the more experienced jockeys on the bush circuit, Cavallo encouraged Smith to chase a city win instead of racing for a lesser purse during Monday’s Coonabarabran Cup meeting.

Absolute Ripper did the rest despite being sent off as a $31 chance.

“I appreciate Anthony sticking with me and riding her today,” Smith, who trains out of Orange in the NSW central west, said.