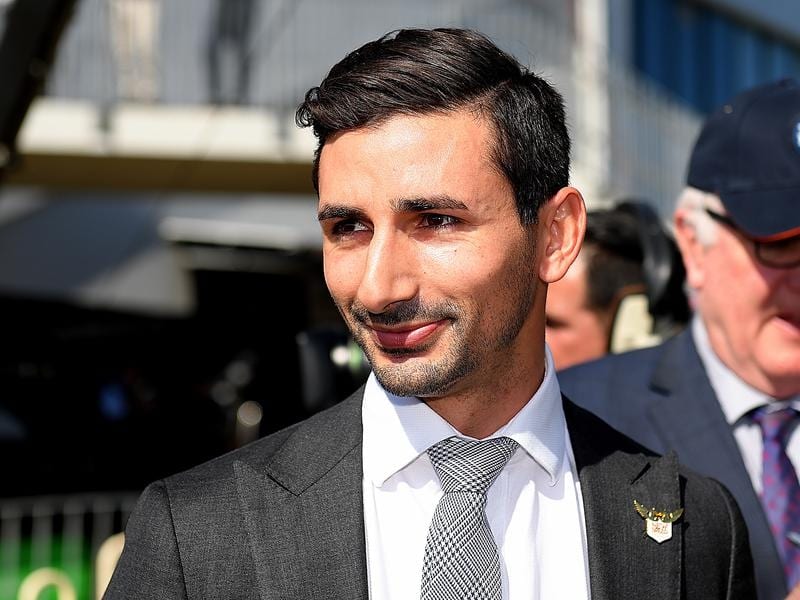 Trainer Michael Costa is genuinely excited about his promising three-year-old Supergiant stepping up to middle-distance racing.

Supergiant will be having only his fifth race start in the Group Three Gunsynd Classic (1800m) at Eagle Farm.

Supergiant’s ability was the worst-kept secret at the Gold Coast before it became public knowledge when he beat stakes horse The Candy Man in an exhibition gallop in March.

Since then Supergiant has won at Ipswich in impressive fashion before running second in the Listed Doomben Guineas (1600m) two weeks ago.

Costa said it was an outstanding effort at Doomben as Supergiant made all of the pace and was only run down late.

“He had a good blow after the race. It did him the world of good and he should be getting to his peak now,” Costa said.

“Supergiant was going to be our Queensland Derby horse but with that race scrapped we have switched to the Gunsynd and then the Rough Habit Plate after that.

“I have high hopes for him as a middle distance horse next season so I am genuinely excited to see what he can do on Saturday.”

“It is a good-standard race on Saturday but I think he is up to it.”

Supergiant is one of the few horses racing in Australia by American sire Red Giant who held the world record for 10 furlongs (2000m) on a grass track during his racing career.

Red Giant has had only a limited exposure in Australia with 16 runners here for nine individual winners of 16 races.

“Red Giant stood in New Zealand at one stage and we bought Supergiant off a video of a trial,” Costa said.

“I’m not sure where Red Giant is standing now but I might have to track him down if Supergiant keeps improving.”