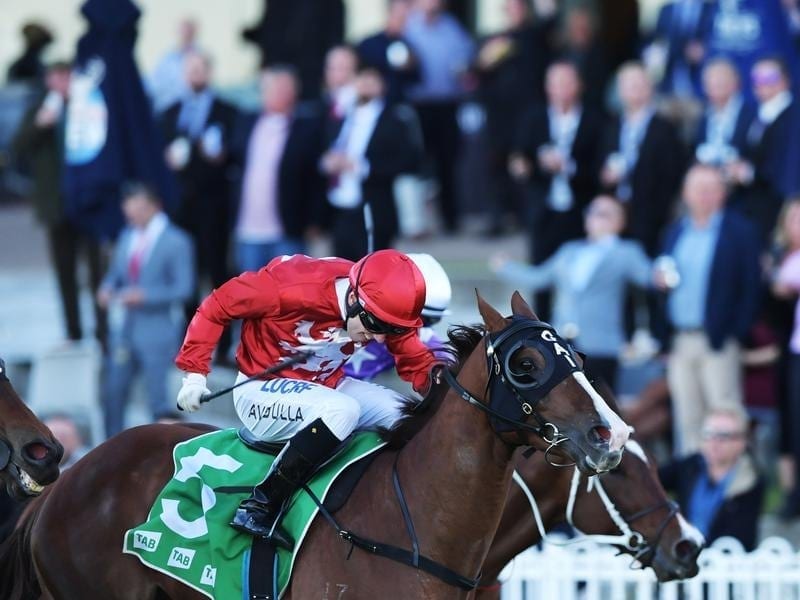 Coonawarra will try to stretch his winning streak to three when he steps up in grade at Randwick.

Coonawarra will chase a hat-trick of city wins when he steps up in grade again on his home track at Randwick.

The Gai Waterhouse and Adrian Bott-trained four-year-old has registered wins at Canterbury over 1580m and Rosehill over 1500m in benchmark 75 and benchmark 79 level at his past two starts.

“He has been in great form and he’s really thriving on his work at the moment,” Bott said.

“He’s going to step up in grade again on Saturday so he needs to keep improving but he does look like a horse on the up.

“I think a strong mile on his home track at Randwick will be ideal for him.”

Bott said Coonawarra was an example of a horse in form with his confidence up.

“So we want to take advantage of that,” he said.

The stable also has Wimlah entered for Saturday’s Rosebud Prelude (1000m) for two-year-olds after the filly started her racing career with a win over the same distance in a maiden on a heavy track at Gosford earlier this month.

“It was a smart win from her on debut against the older horses,” Bott said.

“She was very professional and quite tough. I think she’s a handy filly for us going forward.”

Bott said the only concern heading towards Saturday’s race was that the filly was staying at 1000m and not stepping up slightly in distance.

“I think she’s going to improve stepping out in trip in time,” he said.

“So that would be the only query that we’ve been able to keep her fresh enough and keep enough speed in her legs for the 1000 metres second-up.”

Wimlah is a full sister to stablemate Serena Bay, third behind Shoals and Formality in the 2017 Group Two Percy Sykes Stakes.