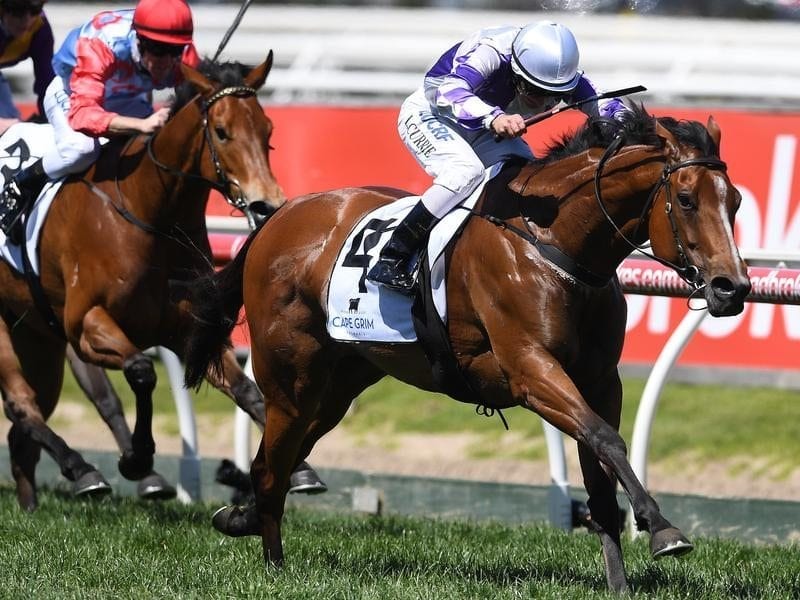 Trainer Tony McEvoy has succeeded in getting a stakes race win with former Western Australian mare Cool Passion and he believes it will not be her last.

Cool Passion was having her third start since being transferred to McEvoy’s stable by her new owners and the mare lived up to her trainer’s expectations in Saturday’s Group Three Cape Grim Beef Steaks (1400m) at Caulfield.

“They sent her to me and asked me if I could get some black type on her,” McEvoy said.

“So it’s box ticked at this stage.”

Cool Passion ($10), ridden by Luke Currie, settled just behind the leaders Desert Lashes and Legless Veuve before sprinting through when a gap came in the straight.

She defeated Pedrena ($6), who closed the race off well out wide, by a neck, with another nose to Princess Of Queens ($8.50).

McEvoy said there were plenty of options for Cool Passion, who he believes has more wins in store.

It was the six-year-old’s ninth win from just 18 starts but her first at stakes level.

McEvoy said the six-year-old had been luckless in her first two starts for his stable in September, finishing unplaced in an open handicap at Balaklava and then third in the Listed Wylie Handicap (1100m) at Morphettville.

“Stepping up to 1200 metres, which is her ideal distance, and against mares, I was expecting a really big performance,” McEvoy said.

“And she was fabulous.”