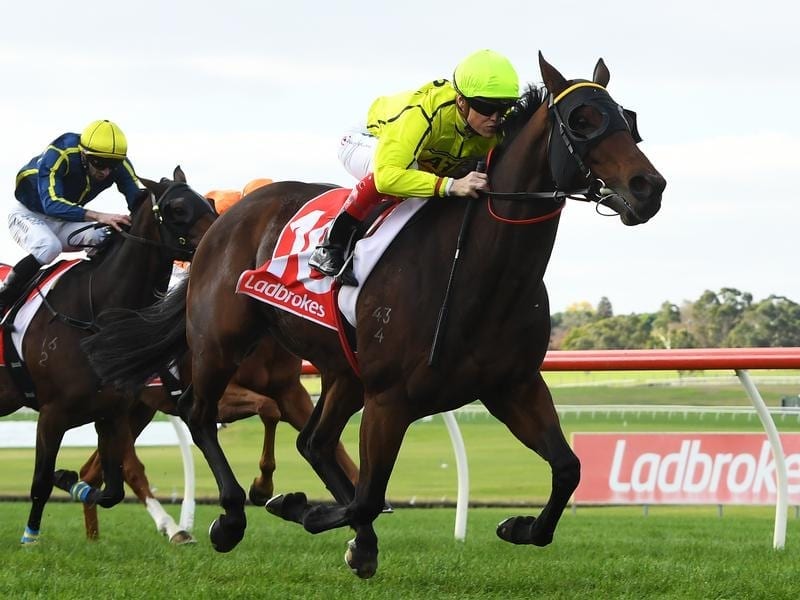 Connery may be diminutive in stature but he possesses a big heart as he followed a first-up Warrnambool victory with success at Sandown.

With a pre-race handicap rating of 69, Connery was out of the handicap in the benchmark 84 grade race, however the gelding made light work of his opposition, strolling to a 2-1/2 length victory.

“He’s a horse that is very small and the 54 (kilos) really helped today,” Alexander said.

“He was a touch out of the handicap but we assessed the race and still thought it was the right race for him as we’ve always thought he was a genuine Wednesday, Saturday-type horse.

“If we keep going up in grade, but keep him down in the weights and help him a little bit, that might be the way forward.

“As long as he keeps doing what he did today, he’ll keep everyone happy.”

Wednesday’s victory was his fourth from 13 starts with a further five placings.

“He’s a tough little horse and has never put in a bad one for us,” Alexander said.

Connery’s win was the second leg of a winning double for Craig Williams who extended his lead to 11 over nearest rival Damien Oliver in the Melbourne jockeys’ premiership.

Lindsay Park is eyeing a late-season stakes race for Taraayef after her victory in the Ladbrokes Back Yourself Handicap.

Co-trainer Ben Hayes said the Listed Lightning Stakes at Morphettville in July was a potential target for the filly after she lowered the colours of Sartorial Splendor.

“She has been a little immature and we’ve had to take our time with her,” Hayes said.

Lindsay Park is looking at the Lightning Stakes as a potential lead in to the early Melbourne spring three-year-old races that commence with the Group Three Quezette Stakes at Caulfield in August.