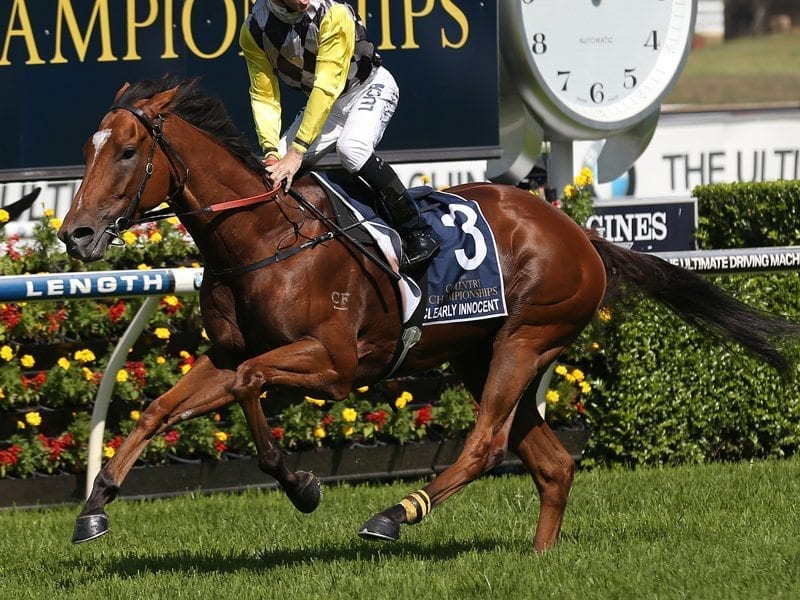 As much as Greg Bennett wants a Luskin Star Stakes win for Clearly Innocent, he is just as desperate for a stable favourite to make his way into the Scone Cup field.

Bennett’s home town is preparing for its two most important days’ racing for the season as the trainer also makes plans of his own.

He concedes the time has come to anoint Clearly Innocent as the best horse in his yard – a move that comes at the expense of veteran miler Kaypers.

But for the purpose of a ceremonial changing of the guard, Bennett would like nothing more than for Kaypers to get a run in the Scone Cup on Friday before Clearly Innocent lines up as second favourite on Saturday.

If enough horses are scratched to find a place for the rising nine-year-old who finished in a minor placing three years ago, it would open the way for Kaypers’ fourth start in the Cup.

“I’d love to have him there for the owners to have one last little crack at it,” Bennett said.

“He’s been my stable star for years but he’s probably about ready to hand over to the young horse.”

Clearly Innocent is half Kaypers’ age and with six wins in eight starts he is rated one of the most promising horses in training.

He will be asked to step up to Listed grade after winning the Country Championship Final at Randwick last month but there is a precedent for Clearly Innocent to make the transition.

“His work this week was certainly on par with his work going into the Championship Final a month ago, so I think we’ve timed it right,” Bennett said.

Based on market expectation, Clearly Innocent shades Friday’s Country Cup runner Sahara Chill as the best of Bennett’s 11 acceptors for the two-day carnival.

The Bennett-trained In A Wink, winner of the Woodlands Stakes during last year’s carnival, returns as a $13 chance in the Group Three Dark Jewel Classic on Saturday.