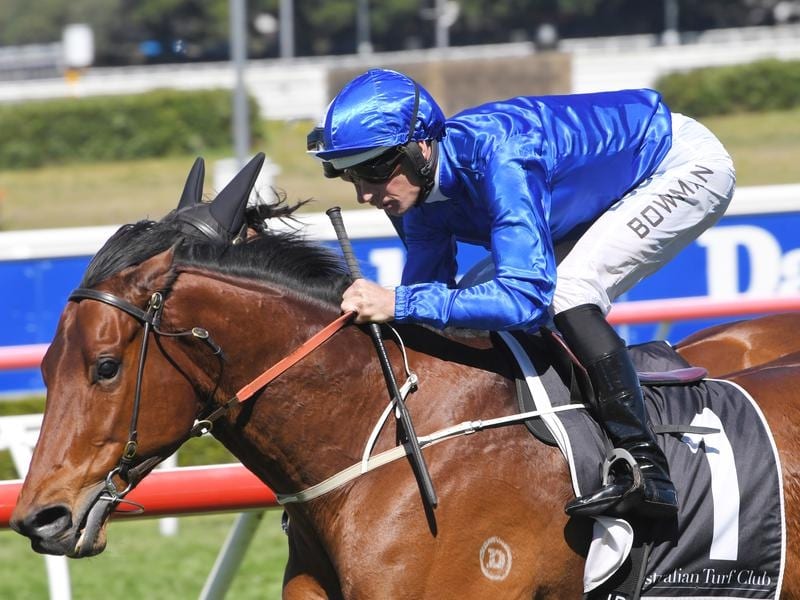 Osborne Bulls retires with nine wins from 20 starts and nine placings. Five were at Group One level.

Popular Godolphin sprinter Osborne Bulls has been retired as a multiple Group One placegetter.

Godolphin announced on Wednesday the six-year-old would join its Lifetime Care Program, which retrains ex-racehorses in other disciplines.

The gelding retires with nine wins from his 20 starts and nine placings, including five seconds at Group One level and a third in the 2018 Everest.

A late starter because of various veterinary issues, Osborne Bulls made a winning start to his career in July 2017.

He pulled up lame after the Group Two Premiere Stakes at Randwick in October and Godolphin decided not to bring him back for another campaign.

“Osborne Bulls is a testament to our people and the Godolphin way,” Godolphin Australia general manager Vin Cox said.

“From the team at Woodlands who foaled him down to the team at Kelvinside who educate our young horses, to the racing team, everyone had a soft spot for him.

“There were extensive efforts at rehabilitation that occurred at Osborne Park, Twin Hills and Kelvinside that allowed him to overcome his issues.

“It is no secret that he faced much adversity throughout his life but he always fought back.”

Trainer James Cummings said Osborne Bulls’ performances at Group One level were testament to his ability.

“I’d have loved to see him get a Group One win for his sake but five second placings at that level show he deserved to be regarded among the elite sprinters of his generation,” Cummings said.

“There’s no doubt he was a superior racehorse, his record shows that. But to be confident you were going to get the complete effort every time you put a saddle on his back is what will characterise him.”