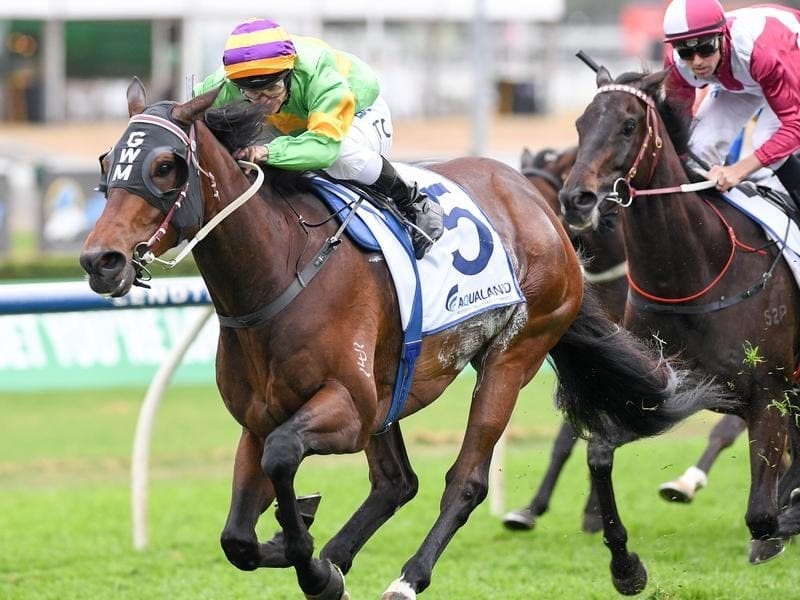 Classic Uniform has upset Happy Clapper to claim the Craven Plate at Randwick.

Gary Moore could never take centre stage after The Everest, but the trainer did his best after Classic Uniform upset Happy Clapper in the Group Three Craven Plate at Randwick.

Despite the race being run after the $10 million Everest, Moore joined the raceday festivities, performing his customary post-race celebration by taking to the track to welcome his horse back to scale.

Tim Clark was also congratulated before he returned to scale after the five-year-old gelding held off the Epsom Handicap winner Happy Clapper to win by a long head.

Moore admitted he did not believe Classic Uniform, a winner of the Group Two Hill Stakes (1800m) at his previous start, could beat Happy Clapper.

“I didn’t think he was quite good enough to win, with the step up in grade and the 2000 is probably just his limit,” he said.

“You’re against a horse, Happy Clapper, that’s won a Group One.”

Moore said the Kingston Town Classic at Ascot in Perth or the Villiers Stakes at Randwick were now possibly targets for Classic Uniform.