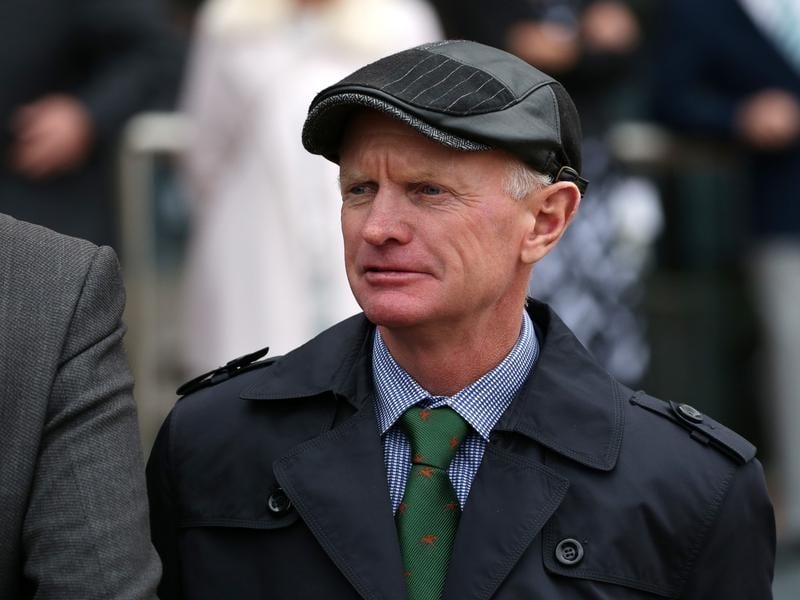 Trainer Phillip Stokes will test Miroku as a possible Derby hope in the Caulfield Classic ( 2000m).

Caulfield Guineas hopes for Miroku failed to materialise but the colt gets the chance to make a spring impression in the Group Three Caulfield Classic.

The Phillip Stokes-trained Miroku impressed on debut to win a maiden on the Ballarat synthetic track in early September before finishing unplaced in his next two starts at Geelong and Flemington.

Miroku notched the second win of his campaign as a short-priced favourite over 1500m at Mornington at his most recent start and will now be tried at stakes level for the first time in Saturday’s Caulfield Classic for three-year-olds.

It will also be the colt’s first try over 2000m and he has barrier one in the field of nine.

“He gives the indication he will run it,” Stokes said.

“He has got a good barrier and he’s a last-start winner, so we’ll see. But I think he’ll be OK.

“We thought he was going to be a Guineas horse but that didn’t work out. We went to a softer option and got a win back on the board.

“He’s by Shooting To Win and he’s a big striding colt. I think if he relaxes he can run it out.”

Miroku holds a nomination for the Group One Victoria Derby (2500m) at Flemington on November 2 which Stokes said they would consider if he ran well on Saturday.

The only filly in the race, the Danny O’Brien-trained Miami Bound, was the $2.70 favourite on Friday with Miroku at $17.