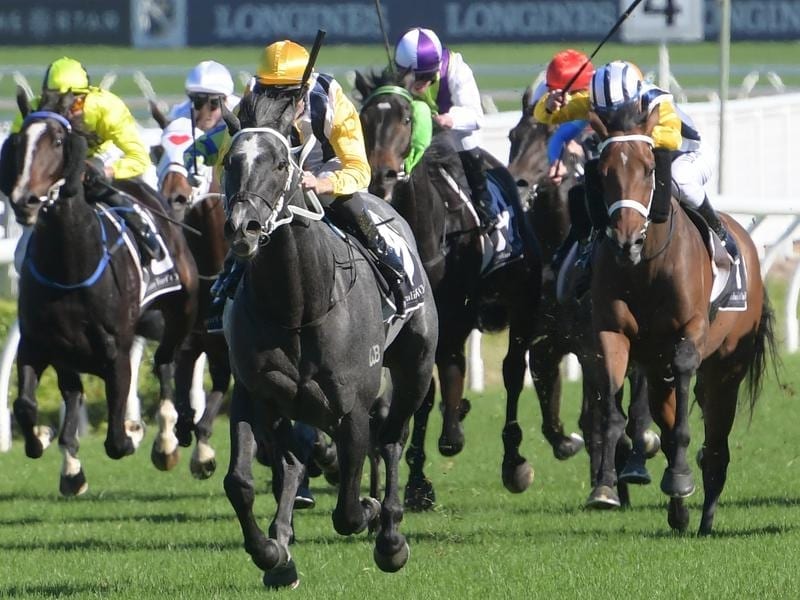 Nobu will put his Queensland Derby favouritism on the line in a benchmark race at Randwick.

A benchmark race for three-year-olds at Randwick is set to have a significant impact on the Classic races in Queensland with almost the entire Mizuno Handicap field nominated for either the Queensland Derby or Oaks.

Of the 14 runners, the Bjorn Baker-trained Baaed is the only one who doesn’t hold an entry for either of the blue ribands.

Every other horse remains in the mix for at least one of the Brisbane three-year-old features, including the Chris Waller-trained Nobu who will be out to cement his claims to Queensland Derby favouritism in Saturday’s 2000m race.

The gelding has stepped out twice since failing in the New Zealand Derby in March and looked back to his best with a dominant last-start performance on the Kensington track.

Jason Collett rode against him last time and is thrilled to have picked up the plum mount on Saturday.

“I know he went over for a New Zealand Derby campaign and was unsuccessful but that run the other day was quite impressive,” Collett said.

Perfect Pitch is one of a trio of fillies who holds a nomination for the Oaks, along with Nobu’s stablemate Romani Girl and the Kris Lees-trained Angel Of Heaven, who is a dual acceptor for Saturday’s Grand Prix Stakes at Eagle Farm and remains in Derby calculations.

Trainer Gary Portelli is looking forward to seeing how Perfect Pitch handles her first middle-distance test in the Mizuno Handicap (2000m) after two solid lead-up runs over 1600 metres, including a last-start third to Fun Fact at Warwick Farm.

“She’s as honest as the day is long and she’s on trial for the Queensland Oaks,” Portelli said.

“If she can run a great race on Saturday, we might put her on a truck the following week up to Doomben.

“She’s always indicated she was going to get over ground.

The Oaks will be run over 2200m at Doomben on Saturday week with the Derby (2400m) at Eagle Farm a week later.