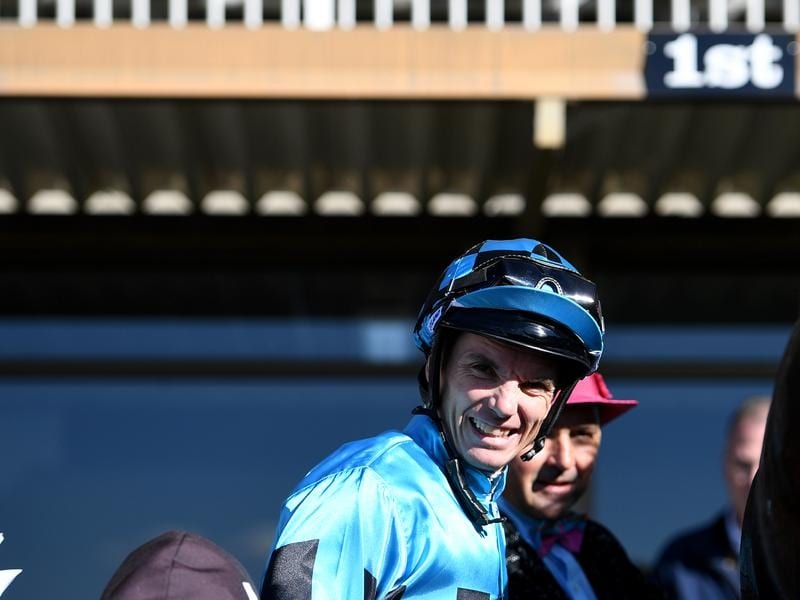 Tim Clark and fellow jockey Josh Parr are both battling injuries but hope to be fit for Rosehill.

Tim Clark is confident he will be fit to ride at Rosehill after injuring his thumb in a post-race incident at the Queen’s Birthday meeting on Randwick’s Kensington track.

While X-rays have cleared the jockey of any breaks, Clark will need the final tick of approval from his doctor and physiotherapist on Friday but does nott expect it to be an issue.

“It’s pretty good now so I’m pretty confident after I see the doctor and physio I’ll be given the all clear,” Clark said.

“It’s probably about 80 per cent now and I’ve got about 48 hours till the races and it’s improving all the time.”

Clark has been booked for rides in eight of the nine races, highlighted by the Gai Waterhouse and Adrian Bott-trained Hush Writer who is favoured to add the Listed Winter Cup (2400m) to his first-up McKell Cup victory.

The news might not be as good for Clark’s brother-in-law and fellow jockey Josh Parr who injured his knee when he tumbled off On Her Word after steering the filly to victory in the opening race at Warwick Farm on Wednesday.

Parr is due to have scans on his injured knee late on Thursday when the extent of the injury will become clearer.

“He’s in a bit of pain with his knee but hopefully it’s not too bad,” Clark said.

“It’s quite freakish. Both our incidents were after the post and it’s something you don’t see very often.”

Parr is booked for six rides including the Winter Cup mount on Yogi along with fancied Mark Newnham-trained pair Quackerjack and Sweet Victory, who are early picks for their respective races.