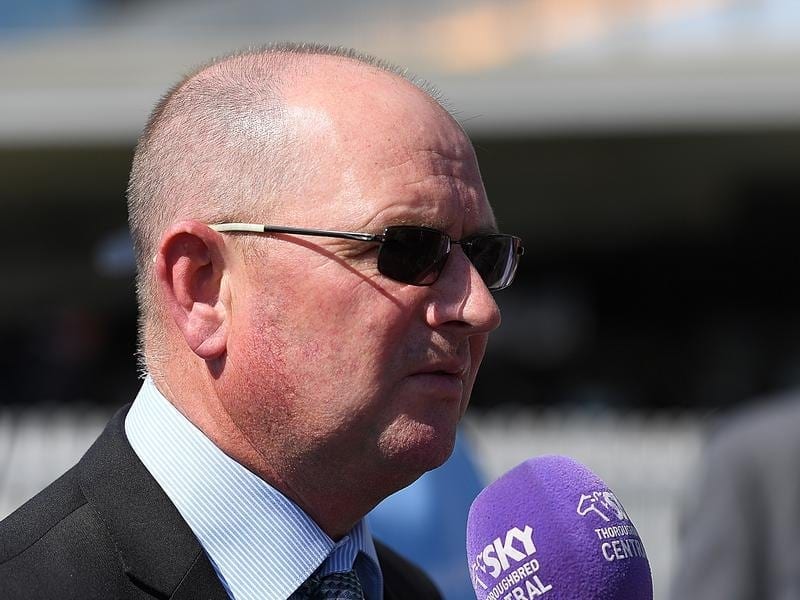 Trainer Toby Edmonds has elected to use claiming apprentice Jackson Murphy on Siegfried at Doomben.

Out-of-form sprinter Siegfried will be ridden by an apprentice for only the second time in his career as trainer Toby Edmonds tries to coax another win out of the gelding at Doomben.

Siegfried has been given top weight of 59kg in Saturday’s Moda Events Portside Open Handicap (1350m) despite not having won for 15 months and being unplaced at his past nine starts.

The gelding has been ridden by an apprentice once in his 42 starts career when unplaced under Travis Wolfgram at Eagle Farm in April 2014.

Edmonds has always thought Siegfried was better suited to senior riders but he has a good opinion of young jockey Jackson Murphy.

“He has ridden winners for me at the Gold Coast and he has been in good form. His claim will reduce Siegfried’s weight to 56 kilograms,” Edmonds said..

The trainer has had Siegfried at his farm where the gelding has been on the water walker as well as travelling into the Gold Coast for track work.

“A lot of his recent form has been in stakes races and this is easier for him,” Edmonds said.

Siegfried was beaten nearly 10 lengths at his last start at Doomben two weeks ago but wasn’t suited by the way the race was run.

Father and son training partners Peter and Will Hulbert have also opted for an apprentice on Cornrow with Taylor Marshall’s 1.5kg claim bringing the gelding into the race with 52.5kg.

The Hulberts have had three runners this season for two winners with Glitra claiming the Port Macquarie Cup and Endless Days a handicap at Doomben.

Peter Hulbert said Cornrow had been run off his feet when fifth behind Sabkhat at his most recent start at Doomben.

“It isn’t often you can even joke about having a 75 per cent strike rate but it would be nice to even improve on it Saturday,” Peter Hulbert said.

Glitra will tackle the 1650m-handicap on the program for non-metropolitan winners.