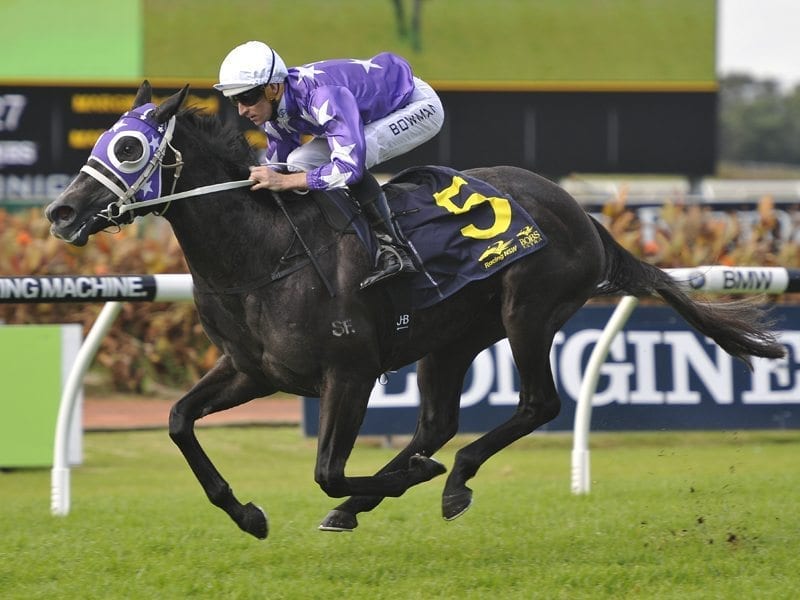 A four-win haul at Rosehill has premier trainer Chris Waller chasing down his own Sydney record.

A four-win haul at Rosehill has premier trainer Chris Waller chasing down his own Sydney record.

Waller set the standard of 167.5 wins in 2012/13 and with 12 meetings left this season is on target to better that score with Vassal bringing up win No.155 this season.

Although the record tally is in sight, Waller says it’s not something he sets out to achieve each year, but rather something that comes if the stable is doing everything right.

“The record is not an important goal but it is a target,” Waller said.

“And it’s not something we are going to do in the last couple of weeks.

“It’s something you have to do in the first two months of the season to lay the foundation for 52 weeks of the year.

“It’s a question of putting horses in the right races and having the right systems in place.”

A part of that system is jockey Hugh Bowman, who rode three of Waller’s four winners on Saturday – Foxplay, Dinghu Mountain and Avonaco.

Bowman is also the rider of the stable champion, multiple Group One winner Winx.

“Hugh is a great rider and our relationship has gone from strength to strength,” Waller said.

“Hugh is willing to work with the team and his international experience has broadened his horizons.”

Bowman has spent much of the past couple of months in Japan and Hong Kong.

Another part of the Waller team is Rory Hutchings, until last Monday the stable apprentice.

Hutchings is now a senior rider and rode his first winner as a fully fledged jockey on Vassal.

“It’s a testing time for Rory because it’s hard to make the transition from being an apprentice,” Waller said.

“But he’s a great kid with a good head on his shoulders.”

Hutchings finished his indentures with 33 wins and a 14-win lead in the Sydney apprentices’ premiership.

Koby Jennings, who has ridden eight winners at the past four metropolitan meetings, whittled one back on Hutchings with his second consecutive Highway Handicap win on the Terry Robinson-trained King’s Officer.