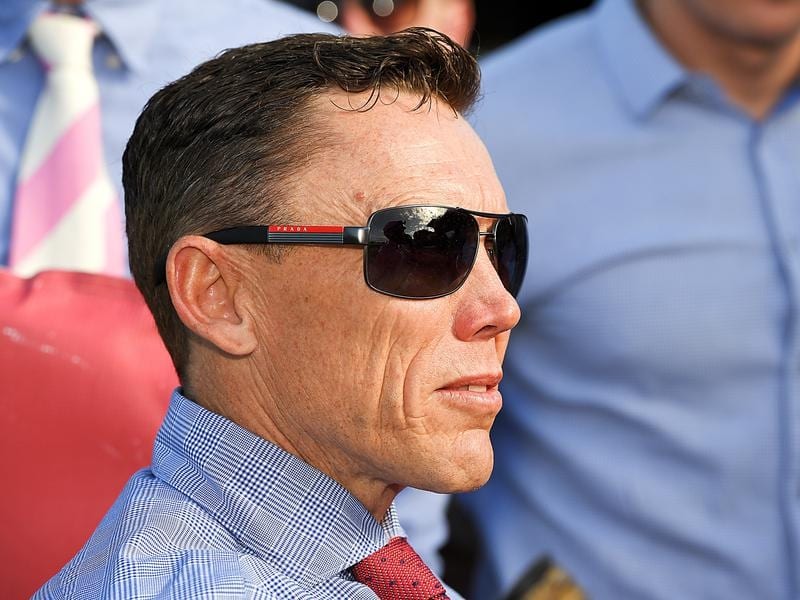 Trainer Chris Munce will have two runners in the Queensland Guineas, a race he values highly.

The Queensland Guineas helped put Chris Munce in the national limelight as a jockey and he is hoping the race can do the same for him as a trainer.

Munce was only 21 when champion trainer Bart Cummings entrusted him with the ride on Solar Circle in the 1990 Guineas.

The race is notable because Munce went stride for stride with top jockey Jim Cassidy who rode Dr. Grace.

Solar Circle won in a tight finish but a furious Cassidy fired in a protest against Munce.

The young rider more than held his own in a fiery stewards room hearing before the protest was dismissed.

It was the start of a great association for Munce with Cummings which included a Stradbroke Handicap and Cox Plate with Dane Ripper.

“I suppose the Guineas was the impetus I needed. I won another Queensland Guineas for Bart on Coolong Road and one of my final big wins as a jockey was on Sizzling in the race for Kelso Wood,” Munce said.

After a career which included 43 Group One wins, Munce switched to training in 2015 and has had more than 200 winners.

But he is chasing stakes winners and will have Starkers and Ceol Na Mara in Saturday’s Group Two Queensland Guineas (1600m) at Eagle Farm.

“They are both big prices but not without a chance on their home track,” Munce said.

“Starkers was a terrific second to Gem Song in the Gunsynd at the same track and distance. He has since won again and he is drawn to get a lovely run.”

“I have dropped Ceol Na Mara back from a middle distance because she didn’t stay but her other form is good.”

Munce said both horses would press on to the Sunshine Coast Guineas on June 29.