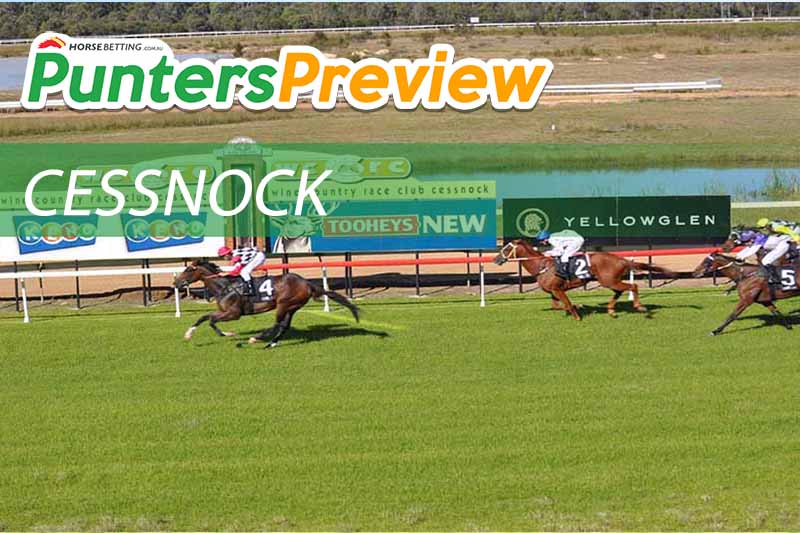 CESSNOCK plays host to a seven race card this Tuesday.

The Hunter Region racecourse is one of Australia’s favourite non-metropolitan tracks and we cannot wait for the 1.50pm AEDST kick off time.

Let’s get stuck into the action.

Looking for a new bookmaker ahead of the NSW card?

Ibanez is one of only two runners with experience in the six runner field, and while the horse has not recorded a win from its 14 career starts, but Gary Portelli’s filly has placed in nine of those runs. We think it’s Ibanez’s time to make some noise.

Biscuit Time will be fitter after two runs back and we think it will be peaking third-up. The horse ran out of legs late when finishing fourth at Scone on December 30 and we believe another on-speed run will be in the offing, but this time it can hang on.

In a very ordinary race Dynamic Dynasty stands out. Prior to its last-start sixth the horse had placed in back-to-back events and we believe it is the best of a bunch of battlers.

Buddy Honest will need a bit of luck from the wide alley, especially in a field with a lot of early speed, but the horse has the ability to get across if others are willing to hand up. The horse has been racing at metro tracks more recently so a drop in the class of runner that will run around should be a huge plus.

Cozursmart looks like it has the prefect race to win here. The horse has placed at both attempts over the 900m distance and in a field of mostly first starters the experience should count for a lot.

Notting Hill comes to the race track for the second time in its career in Australia, and after debuting with a third at Taree on Christmas Eve we think it can shake the maiden tag straight away. The former South African runner looks to be a star of the future, and it all starts on Tuesday.

Testaview is an extremely promising galloper that should win this race easily. The horse smashed its rivals to break the maiden tag on December 14 at Taree last start and it looks poised to progress through the grades sharply.