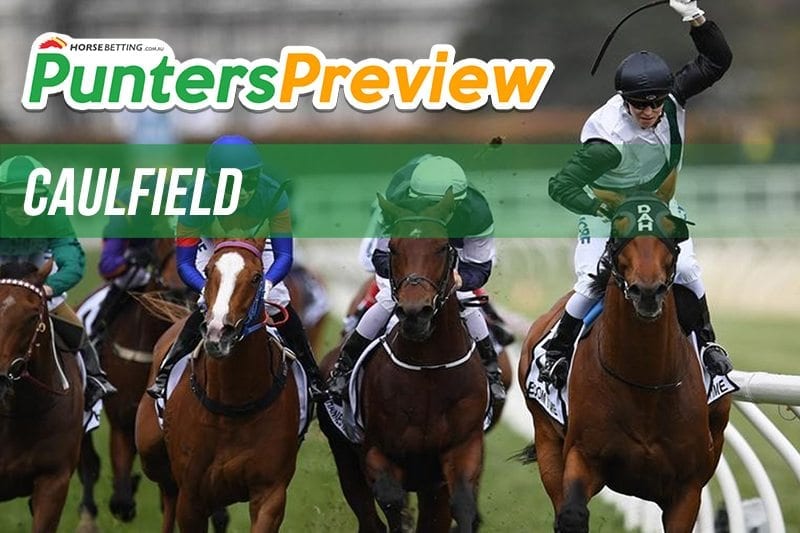 IT is Group 3 Manfred Stakes Day (1200m) at Caulfield this weekend and Horse Betting has taken a look at the huge nine race card.

We are confident of tipping a number of winners so let’s take a look at where we’re going for Saturday’s card.

Looking for a new bookmaker ahead of Caulfield?.

Aristocratic Miss lost out as a short-priced favourite at Morphettville, and while that was disappointing we’re backing it to bounce back and record its first-ever win. The horse has placed at group level in the past so we’re jumping on here.

Ennis Hill finished fourth on debut at Caulfield and that run was eye-catching enough to get our attention. With natural progression here we think the Hayes, Hayes and Daberning runner will be right in the mix here.

Paris Rock is looking to record a hat-trick of wins and after its brilliant win at Ballarat last time out we’re not doubting it here. In its third-ever race start the horse jumps from barrier six and will be good enough to cut across and win once again.

We’re big fans of Last Week and believe the penny has finally dropped for the Weir runner. The last-start win at Flemington was extremely strong, and it has not missed a top-two since October of last year. Back the Tamayuz four-year-old in once again.

Eurack is unbeaten across three runs and returns for the first time since August. Cannot fault an unbeaten horse and it should return from the paddock even bigger and stronger. Just get on.

Snitty Kitty returns for the WJ Adams Stakes for the first time since October and is a winning hope first-up. The horse has won twice while resuming and looks a class above this lot.

Bedford is in rare form and will be hard to hold out. Two wins and two placings from its last four runs boosts our confidence and the last-start win by six lengths at Caulfield – which was over this distance – on January 17 was as impressive as you will see.

Veranillo has placed before second-up in the past, and it will need to improve significantly to win this, but we think it’s capable. The Godolphin runner was half a length off off Del Piero at Ballarat as a worse than even-money favourite, but it should go on from there. We’re backing Veranillo in.

Horse Betting followers will know we love Trogir, and from gate three it will loom large here. The horse has won twice and placed once this preparation and while this is a step-up in class it gets in well at the weights.