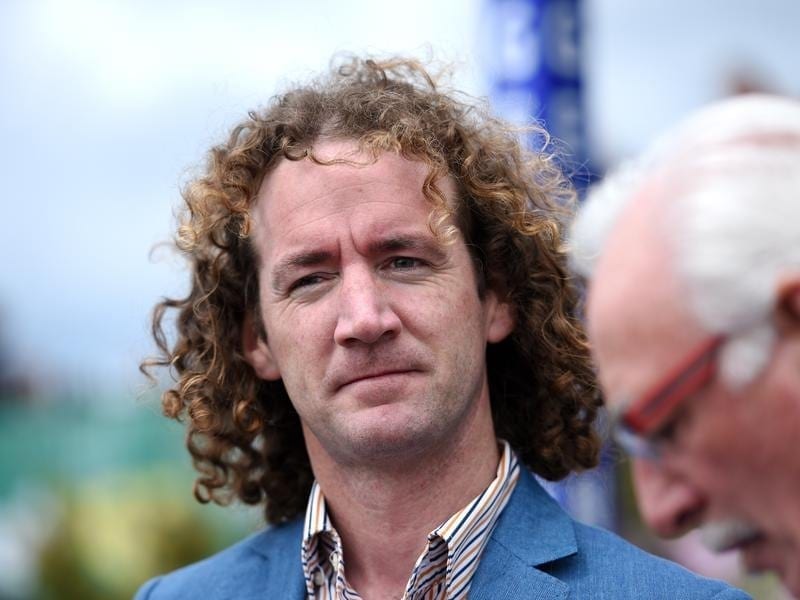 Trainer Ciaron Maher has high hopes for import Al Galayel who has his 2nd Aust start at Caulfield.

Imported gelding Al Galayel made an instant impression in his Australian debut and looms as the shortest-priced favourite on the program for his next test at Caulfield.

The Ciaron Maher-trained Al Galayel stepped out for his local debut at Sandown earlier this month in a midweek benchmark-70 and did what his trainer hoped he would, winning by half a length in encouraging fashion.

The lightly raced four-year-old has his second Australian start in Saturday’s Keno Classic Handicap (1600m) and was the $2.15 favourite on Thursday.

“We liked him going into that race at Sandown. I was going to set him for a 1400-metre race at Flemington a few days earlier but I thought he needed a mile, and he was good.

“He has trained on nicely and this is just the next step for him in a benchmark 78.

“He can roll around there and hopefully be too good.”

Maher, who served a six-month suspension from training earlier this season, bought Al Galayel in England last year when he was away travelling.

Trained by Luca Cumani in England, Al Galayel won two of his four starts before being secured by Maher.

“I just saw (bloodstock agent) Stuart Boman in Newmarket and he asked me if I wanted to go and look at some horses and I said ‘yeah’,” Maher said.

“As soon as I saw him I thought he was an impressive horse.

“He had won his past two starts on synthetic tracks so I thought he would handle our conditions.

“He was lightly raced and his past two starts were wins so it was a bit of a no-brainer.”

Maher said he would look to step Al Galayel up in distance in his coming starts.

“He’s got to get through the grades so I don’t have any hurry to bounce him up to any big targets,” Maher said.

“If he gets to a country Cup that’s great. If he does better than that, great.

“But he’s at 78 level on Saturday and should be competitive there and he’s probably shown he’ll go further.”