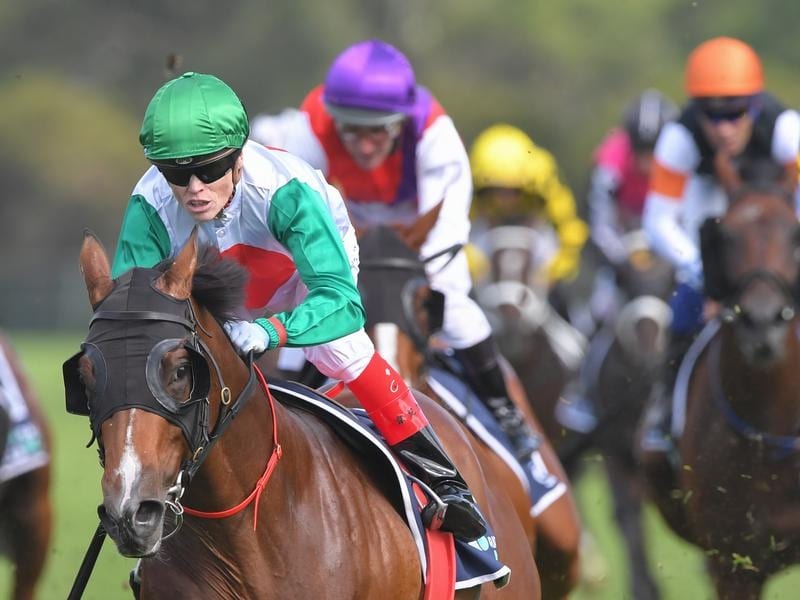 Castelvecchio is an early favourite to emulate his sire as an ATC Australian Derby winner.

After coming to the fore in the Rosehill Guineas, star colt Castelvecchio will get his chance to go the distance in Australian Derby at Randwick.

Trainer Richard Litt was thrilled to see his stable star return to the winner’s circle in the Rosehill Guineas to add an important Group One win at three to go with his elite-level victory as a two-year-old in the Champagne Stakes.

While Litt admits the 2400 metres of Saturday’s Derby is the unknown factor, Castelvecchio will only get one chance for a Classic win.

“He can only run in one Derby so it’s definitely worth a try,” Litt said.

“We thought it’s definitely worth a crack.

“The 2400 is obviously an unknown but we all think he can run it.

“The feedback from jockeys are that he can.

“His work has always pointed that he would get better with further, so we’ll know on Saturday.”

If Castelvecchio converts favouritism into victory on Saturday, he will emulate his sire Dundeel who streeted his rivals to win the race seven years ago under the name It’s A Dundeel.

John Messara’s Arrowfield Stud owns a controlling share in Castelvecchio who will eventually stand alongside his sire.

James McDonald, who rode Dundeel, takes over from Melbourne-based Craig Williams on Castelvecchio on Saturday, with travel restrictions in place for interstate jockeys because of the coronavirus pandemic.

“James came out to Warwick Farm on Tuesday and had a strong canter around on the course proper on him and he liked him,” Litt said.

“He’s a great confidence jockey. He’s a great tactical jockey which he’s going to have to be on Saturday drawing wide.

“He’ll have a lot of confidence off his work on Tuesday going into a Derby. And confidence goes a long way.”

Litt believes Castelvecchio has improved from the Rosehill Guineas.

“We’re very lucky that he improves later on in his preparations,” Litt said.

“He needed those two runs early on in the Hobartville Stakes and the Randwick Guineas to get fit and he took more fitness out of the Rosehill Guineas run.

“To be honest going into the Derby he’s going to be ready to go, and you never know he still might improve out of that.”

If he does improve out of the Derby, Castelvecchio will head to the Queen Elizabeth Stakes (2000m) a week later, a race Dundeel won as a four-year-old.

Castelvecchio was at $2.90 on Wednesday with Randwick Guineas winner Shadow Hero $3.70 and Victoria Derby winner Warning $5.

“We never take our competition lightly but all we can do is prepare our horse as best we can and take him to the races and see what happens,” Litt said.

“But we’re pretty happy with him.”