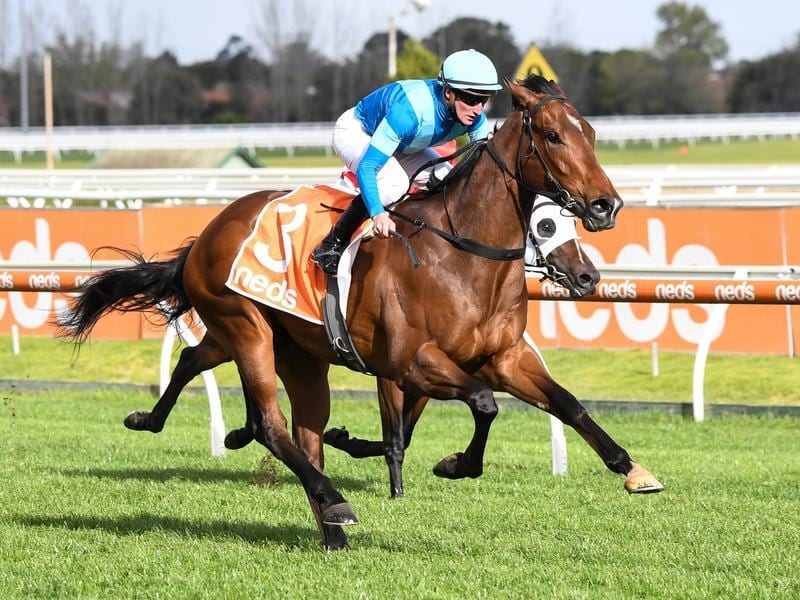 The Group 3 Carbine Club Stakes kicks off a blockbuster day of racing at Flemington on Derby Day. The 1600m race has attracted a small field of eight, but it features some highly promising three-year-old colts and geldings. Half of the field comes through the Gothic Stakes, while the top two in the market are looking to back up their impressive efforts in the Caulfield Guineas. The Carbine Club Stakes kicks off the best day of racing at 11:40am AEDT.

In a race bereft of early speed, we’re happy to be on the side of the Hayes & Dabernig-trained Crosshaven. After drawing a horror barrier in the Caulfield Guineas, she was up on speed and three wide, no cover but battled on gamely to go down by under three lengths in a tough run. We’re hoping she can get a quiet time of it up in front this time out. If her win in the Guineas Prelude two starts back is anything to go by, she will have no issue in seeing out the 1600m at her second go with a much easier run in transit.

We’re happy to take on the favourite in the Carbine Club Stakes and go with the tried and trusted duo of Danny O’Brien and Damien Oliver. Connections would have been pleased at how easily Embolism put away a similarly small field in the opener on Blue Sapphire Stakes Day, and he looked to have plenty left in the tank. He maps to get an economical run in transit and looks to have a superior turn of foot to some of his key rivals.

Despite running into some trouble at a crucial point in the Gothic Stakes, John McArdle’s colt delivered one of the more eye-catching runs after balancing up and racing on strongly to only go down by a length and a half. Alongside Embolism, he will be one to look for at the 100m mark to be charging down the outside late. He is a backmarker, but he shouldn’t be too far from the front given the small field.

Ladbrokes Switch - Choose Your Own Promos

Home of the Neds Toolbox

It Pays To Play

18+ Gamble Responsibly. GETON is not a bonus code and does not grant access to additional offers. Full T's and C's.

The Game Within The Game