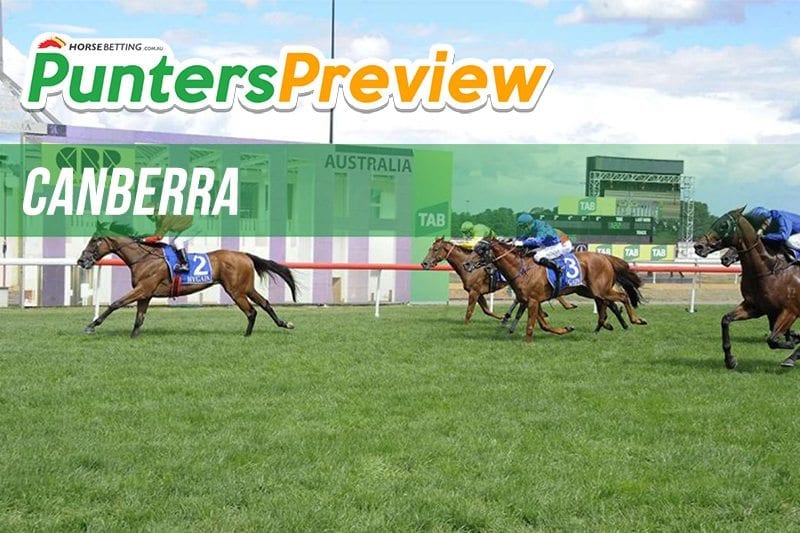 The nation’s capital hosts racing this Friday and we are excited for gallops action in the ACT.

Canberra’s race day is always a fun-filled day for punters and Friday looms as no exception. Let’s take a look at where we think your money is best placed heading into the event.

Looking for a new bookmaker ahead of the Canberra card?

Admire Gratzi is no stranger to the ACT track and looks well placed to notch another win. Last-time out the horse was miles off the winner but still managed to nab second. The horse has placed second-up in the past and will relish the the Canberra track.

Jindaberra looms as the best winning chance in a weak field. The horse has placed in five-straight matches and will not be hindered from the wider gate in a smaller field.

Quantum Time debuted well on January 5 and will look to improve from that run. The horse jumped as a short-priced favourite that day, and we wouldn’t be surprised to see it start at a similar price.

Stitched Up is one of only two runners that have previously won coming into the race and the horse rates as an excellent chance to add another victory to its tally. We’re not sure that the 2000m is its preferred distance, but we think it is good enough in this field to take the race out.

Race 4 tip: Stitched Up to win at Sportsbet

Excitable returns after a short break looking to continue its winning run. The horse looks perfectly suited here after torching its rivals in a Class 1 debut and we believe it will progress through the grades following Friday.

El Venetian is hunting a hat-trick and looks well placed to achieve it. The horse won at this grading last-start and at this course on January 5 so we are backing it again to do the business.

We tipped Manzana last-time out at Wagga and it did the business for us, so why jump off now? The horse won by two and a half lengths to break the maiden and we think it can rapidly rise through the ranks.

She’s Demanding has placed first-up in the past and will enjoy being fresh on Friday. Before being turned out the horse had recorded two placings from three races, and looks to be a winning hope in the final event.