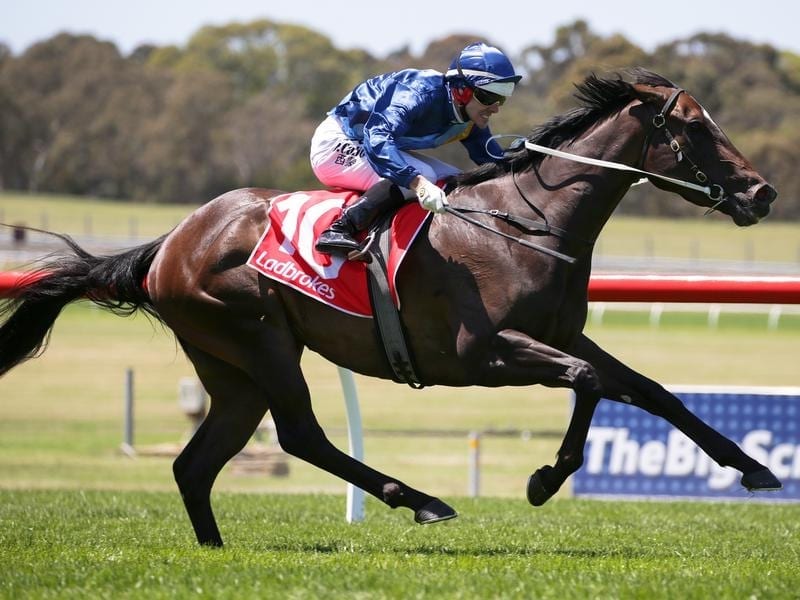 Persuader has scored her second victory with a one-length win in the Listed Twilight Glow Stakes.

Persuader’s upset win brought up an early winning double for the Price stable at Saturday’s meeting after two-year-old filly Steal My Kisses took out the Listed Merson Cooper Stakes on debut in the day’s opening race.

Persuader ($31) jumped from barrier two in the 1400m Listed race for three-year-old fillies and Callow was able to save ground on the rail behind the leaders before a gap appeared in the home straight.

Persuader was able to take advantage and sprinted to a one-length win over Eawase ($16), with another short half-head to Aristocratic Miss ($9.50).

“It was very good, especially to win a Listed race,” Price said.

“I think the ride wins the race.

“Drawn (barrier) two, (Callow) never spent a penny and got out at the right time.”

Persuader was bought for $360,000 as a yearling and took her record to two wins from eight starts, with her other victory coming two starts ago in a Pakenham maiden.

Price said he would likely aim the filly towards the autumn.