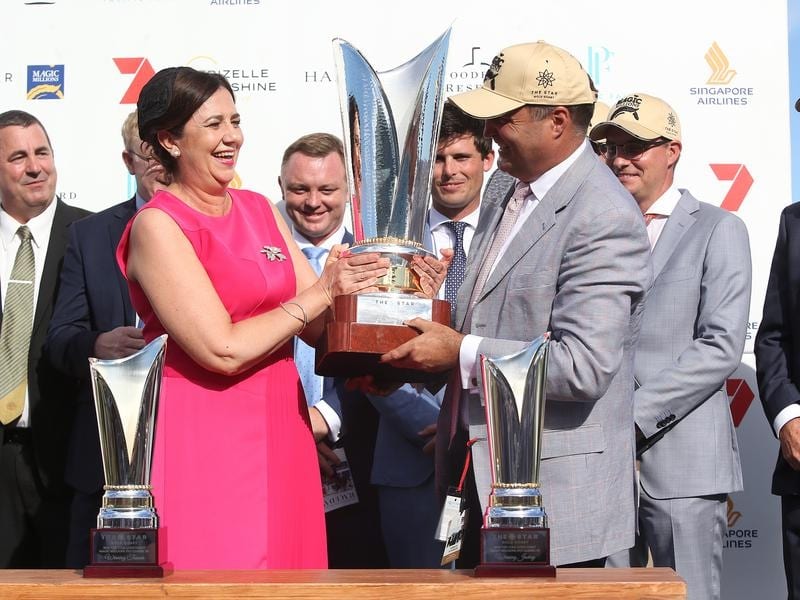 A 2yo race at Eagle Farm may be split with so many youngsters trying to get to the Magic Millions.

Racing Queensland will consider splitting a two-year-old race at Eagle Farm as it looms as a vital lead-up to the Magic Millions 2YO Classic.

The 1000m-start at Eagle Farm is restricted to 10 starters but early indications are there will be between 20 and 30 nominations for the race.

RQ’s racing manager Simon Stout said if numbers justified it, they would consider running two divisions of the race.

“We can’t split black-type races and while this race has $125,000 in prize money it is not black-type,” Stout said.

The secretary of the Queensland branch of the Australian Trainers Association, Cameron Partington, said many trainers were keen to place their first starters at the 1000m while others were keen to boost prize money for the Millions.

“It would be good if the numbers are there that the race is split to help owners and trainers,” he said.

RQ has no plans to change the number of starters at the 1000m and the level for two-year-olds has been extended to a full season for safety reasons.

There are four other juvenile races to be run in south east Queensland this week but they will be run at 1200m or 1100m.

The 1000m-start on the old Eagle Farm track once accommodated 20 runners and later 16 but the 1000m chute was lost in the recent redevelopment.