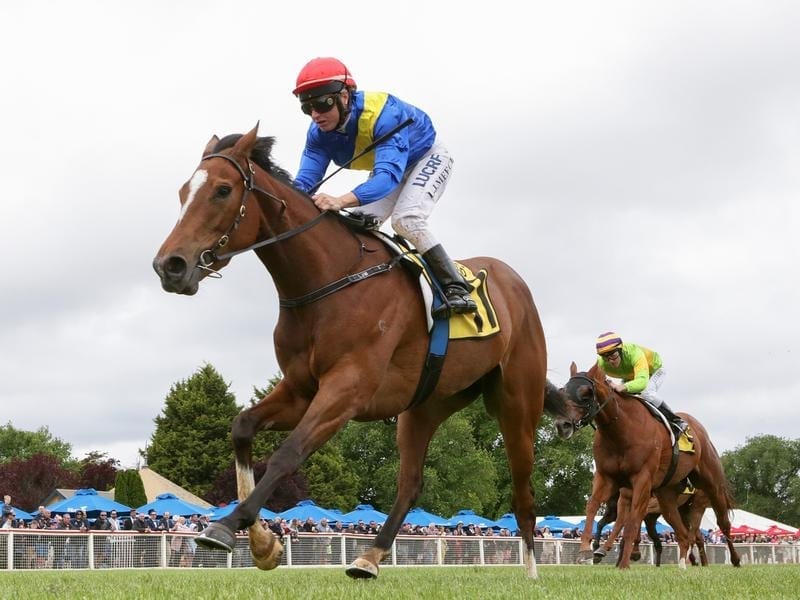 A $5 chance at her third start, The Closer has taken out Ballarat’s Eureka Stockade 1400m.

Co-trainer David Eustace believes lightly-raced The Closer is destined to contest better races later in the season after running away with the $150,000 VOBIS Gold Eureka Stockade at Ballarat.

The Closer won on debut at Geelong in July and then returned from a spell and was unplaced in the Group Three Red Roses (1100m) at Flemington during the recent Melbourne Cup carnival.

Sent out a $5 chance in Saturday’s Eureka Stockade (1400m) at her third start, The Closer settled in behind the lead before striding clear in the straight under Linda Meech to win by 2-3/4-lengths.

Winning Partner, the $4.40 favourite, led home the chasing pack in second with another two lengths to Bricktop ($10) third.

“Really from the day she won her first start at Geelong we always thought she was fairly smart,” Eustace, who trains in partnership with Ciaron Maher, said.

“She’s stakes class for sure. She probably showed that today anyway.”

Eustace said The Closer would now likely be given a break with a view to the autumn and or the Queensland winter carnival.

“We always felt she would get a trip,” Eustace said.

“We’ve kept her nice and relaxed and there’s a nice race in her for sure.

“She could get an Oaks trip. She’s quite brilliant as well though and she’s got a turn of foot.

“It would be a question mark to see how far she gets.”