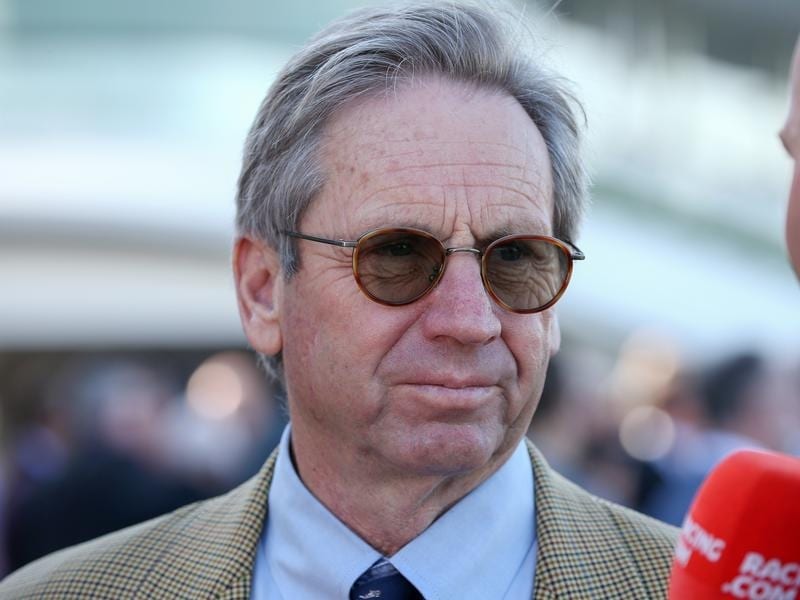 Vic trainer David Brideoake will face a Racing NSW inquiry into the scratching of Princess Jenni.

Victorian trainer David Brideoake will return to Sydney to front an adjourned Racing NSW stewards inquiry over the scratching of Princess Jenni at Randwick.

Princess Jenni was withdrawn moments before runners left the mounting yard for the the Adrian Knox Stakes on April 6 after concerns were raised she may have received illegal race day treatment.

Stewards questioned the trainer on race day about a raised lump on the filly’s neck with Brideoake saying his only explanation was a drip given to the filly by a veterinarian on the Thursday before the meeting.

Blood and urine samples were taken from Princess Jenni with the inquiry to resume on Friday.

Princess Jenni was to run in the Adrian Knox Stakes on her way to the Australian Oaks at Randwick, but Brideoake switched his attention to the Group One Australasian Oaks at Morphettville which she won.

The filly galloped at Mornington on Saturday in preparation for the Group One Queensland Oaks (2200m) at Doomben on June 1.

“We’re running through the next week-and-a-half to see how she goes for Brisbane and if it all falls into place, she’ll go.”

Should Princess Jenni head to Brisbane, Brideoake said the filly was likely to remain in Queensland for a short break.

“I like giving them a break up there in the warm weather,” Brideoake said.

“If she runs up there, she’ll have a very soft spring down here.

“She is going to mature brilliantly with time being her ally and she could be an awesome horse in the autumn.

Brideoake said stablemate Self Sense was enjoying a break and putting on weight in the paddock after a disappointing end to his campaign in the Galleywood Hurdle at Warrnambool.

Self Sense is on a Caulfield Cup path having won a ballot exemption with his success in the Mornington Cup in March.

Brideoake said a trip to Sydney, when fifth in the Chairman’s Quality at Randwick last month, had flattened the gelding for his two subsequent starts.