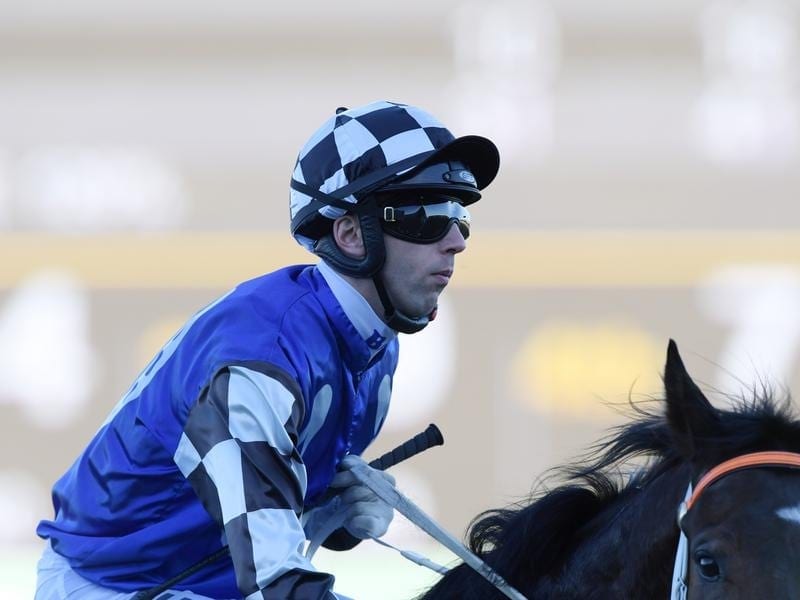 Brenton Avdulla rates his Golden Rose mount Jonker as one of the chances in an open $1 million race.

Fresh from a breakout season, Brenton Avdulla will be out to make an immediate spring carnival impact when he rides at a Sydney Saturday meeting for the first time since July.

Avdulla enjoyed a stellar 2017-18 season winning his first Golden Slipper on Estijaab and his maiden Sydney jockeys’ title before heading to Japan on a short-term riding contract.

While he has ridden at Sydney’s midweek race meetings for the past two weeks, he sacrificed a full book at Randwick last Saturday to stick with unbeaten filly Smart Melody in Melbourne.

Avdulla gets a chance to make a significant impact on his return with rides in seven of the nine races at Rosehill, highlighted by the David Atkins-trained Jonker in the Group One Golden Rose (1400m).

The three-year-old goes into the $1 million race off the back of a first-up fourth to the Kris Lees-trained Graff and last-start third to another of Saturday’s rivals Lean Mean Machine when he led and was overhauled late in The Run To The Rose.

Avdulla saw merit in that performance and rated Jonker one of many chances in an open race.

“It’s a million dollar Group One race, anything can happen,” Avdulla said.

“They’re a good bunch of three-year-olds and my bloke has been around the mark.”

Graff has opened favourite for the Golden Rose at $3.50 after drawing well in barrier four, ahead of Chris Waller-trained stablemates The Autumn Sun and Lean Mean Machine with Jonker at $12.

Atkins has taken blinkers off Jonker in a bid to help him run out 1400m while trainer Brad Widdup has taken the opposite approach with Sandbar who will sport them for the first time.

Sandbar was fifth in the Run To The Rose when jockey Corey Brown said he failed to handle the heavy track.

“He didn’t like that track and he did a great job to stick on like he did,” Brown said.

“If you watch some of the other horses that ran on the day such as Suncraze and Siege Of Quebec, they’ve backed up and run good races the next week so the track condition had a lot to do with the form out of that meeting.”

The Golden Rose is the feature of five stakes races at Rosehill on Saturday.