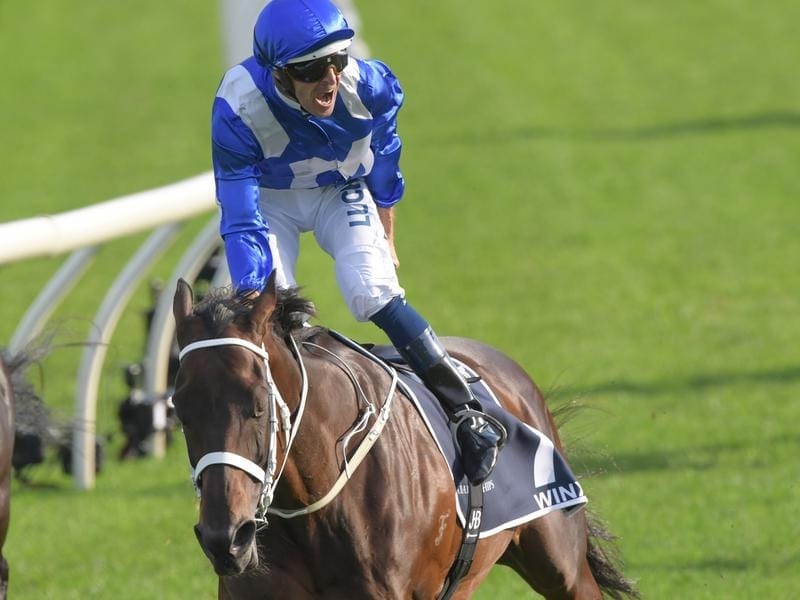 With a rested body and a clear mind, Hugh Bowman returns to race riding at Randwick ready for the next chapter of his career.

Not only has he made peace with that, but he’s also looking at life without Winx as the start of a new era.

The champion jockey hasn’t ridden in a race for two months after deciding to take a break following the wondermare’s retirement.

His four rides at Randwick on Saturday will be his first since May 1.

It is rare for a jockey to have an extended break unless through injury or suspension but after a gruelling Sydney autumn carnival which doubled as Winx’s farewell campaign, Bowman was physically exhausted.

He was also mentally spent.

“I thought I was more physically tired than mentally but then when I took the break, I realised what she meant to everyone and I guess I blocked all that out along the way,” Bowman said.

“It’s been a real learning curve for me. The best way I can describe it is decompressing.

“It’s been good and I’m really looking forward to the challenge ahead and the new chapter, starting from the bottom really and working my way back up. I’m actually very excited about that.”

Bowman has been back at the gym and riding trackwork for the past couple of weeks, although there is still some fine-tuning to come with his weight and fitness, which is why he will ease back in with four rides, none of them under 58kg.

Winter isn’t the most inspiring time of year in racing but Bowman knows he needs to start now to be at his peak for the spring carnival races.

And the fact he is already thinking and dreaming about what lies ahead is indicative of his refreshed headspace.

While the hoop enjoyed precious time with family and friends during his break, he did some soul searching and realised he needs to find his next goal and dream.

“As an athlete, as a jockey, you dream of winning the big races but the ultimate dream is to ride the best horse and that’s happened, I’ve been so fortunate,” Bowman said.

“But I don’t want to be in the position where I’ve got nothing to work towards going forward because of that, and that’s been a huge part of my mindset while I’ve been off.”

Bowman’s first step will be riding at Randwick on Saturday when his mounts include the well-named Sir Elton, a son of Your Song, who comes to town undefeated after two outstanding wins on the provincial circuit.

He will also partner the Brendon Hawtin-trained Simply Optimistic who won his first Australian start, downing Southern Lad who has since franked the form.

“Brendon’s got a pretty high opinion of him, that’s why he came over,” Bowman said.

“It will be interesting to see how he progresses from his first run over here, but it was a good win.”

All of Bowman’s rides are at single-figure odds, the shortest of them Sir Elton who is an odds-on favourite to make a winning city debut.

But whether Bowman gets on the scoreboard at his first day back will be less important than the simple fact he is back in the saddle.

His post-Winx chapter will have begun.