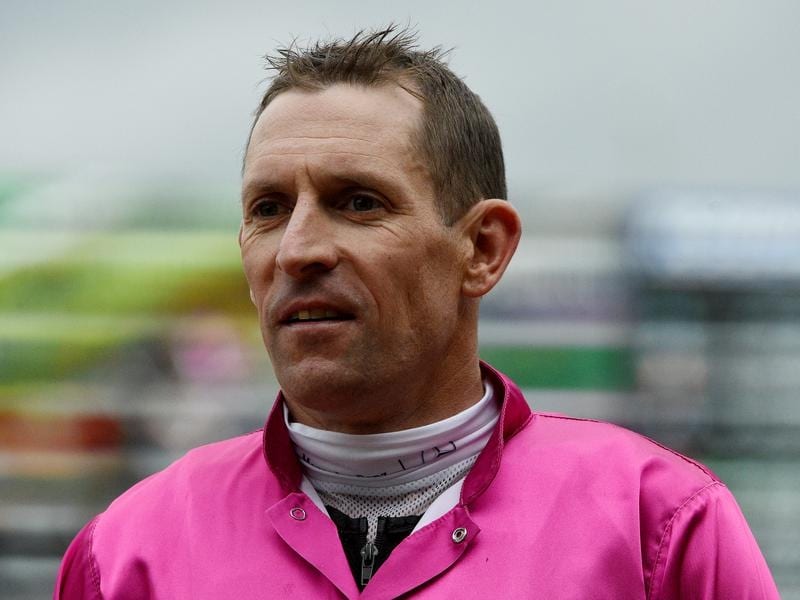 Leading jockey Hugh Bowman has been suspended for six weeks over a race fall at Rosehill.

Hugh Bowman has been suspended for six weeks for his involvement in a race fall that put jockey Andrew Adkins in hospital.

Adkins fell heavily from his mount Hot ‘N’ Hazy near the 300m in the opening two-year-old race at Rosehill on Saturday.

Adkins remains in hospital but gave stewards permission to conduct the inquiry without him.

Riding in his first race since taking a five-week winter break, Bowman was aboard eventual winner Smart Image and was attempting to angle off the fence and outside the heels of the leader, Mr Colorful, ridden by Schofield.

As he shifted out, he made heavy contact with Hot ‘N’ Hazy, which clipped heels and fell.

Bowman told stewards he felt there was room for his horse to come off the fence, and other factors contributed to the scrimmage.

“I’m riding instinctively. I’m aware there was room outside Andrew. I knew I was going to have to move him slightly but I felt I could do so safely if there was no shift from any other runner,” Bowman said.

Adkins broke his leg in two places in the fall, fractured a shoulder and broke several ribs.

Hot ‘N’ Hazy was unable to be saved.

Bowman pleaded not guilty to careless riding but said he was “remorseful” given the consequences suffered by Adkins and Hot ‘N’ Hazy.

He told stewards the matter had become a “high-profile case” on social media and had taken a toll on both him and his family.

Stewards said they would ordinarily have outed Bowman for three months but taking into account his good riding record and the time of year, reduced the penalty to six weeks.

Bowman, who has not taken rides at the season-opening meeting at Randwick on Saturday, will begin his penalty immediately.

He will return for the Theo Marks Stakes meeting at Rosehill on September 12.

Schofield and Dolan were cleared of careless riding and neither was charged.