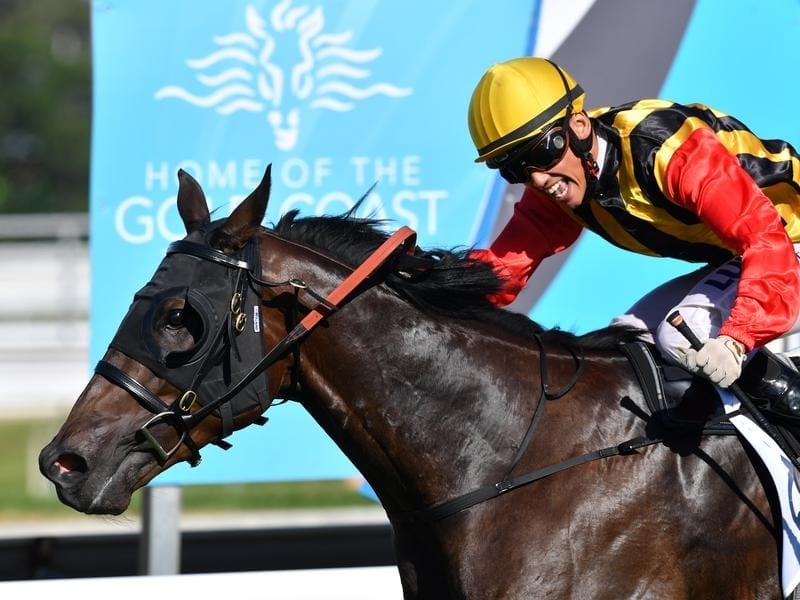 Boomsara will take on short-priced favourite Zoustyle at Doomben in the Winning Rupert Plate.

Boomsara will be kept to his own age group rather than tackle open company at Doomben even though it means taking on the high profile Zoustyle.

Trainer Chris Munce had entered Boomsara in Saturday’s Group Three George Moore Stakes as well as the Winning Rupert Plate, both over 1200 metres.

He decided to keep Boomsara in three-year-old company in the Winning Rupert in which the unbeaten Tony Gollan-trained Zoustyle is the short-priced favourite.

“After weighing things up the three-year-old race was the best all round choice,” Munce said.

“We will have to meet Zoustyle again at some stage and it might as well be Saturday.”

Boomsara was one of Brisbane’s best performed two-year-olds last season winning a $250,000 QTIS race at the Gold Coast and running third in the Group Two BRC Sires’ Produce Stakes.

His worst performance was on a heavy track in the Group One J J Atkins Stakes.

The son of top sire Spirit of Boom resumed when fourth to Zoustyle over 1050m at Doomben two weeks ago.

Munce believes the step up to 1200m and a better barrier (4) gives Boomsara the chance of an upset.

“He had a bad barrier first-up and got too far back before running on strongly,” Munce said.

“He should be closer in the run on Saturday and we know he will be tough at the finish.

“Boomsara is working up to the Magic Millions Guineas in January and the 1400 metres of that race will suit him. There is no doubt he has some class about him.”