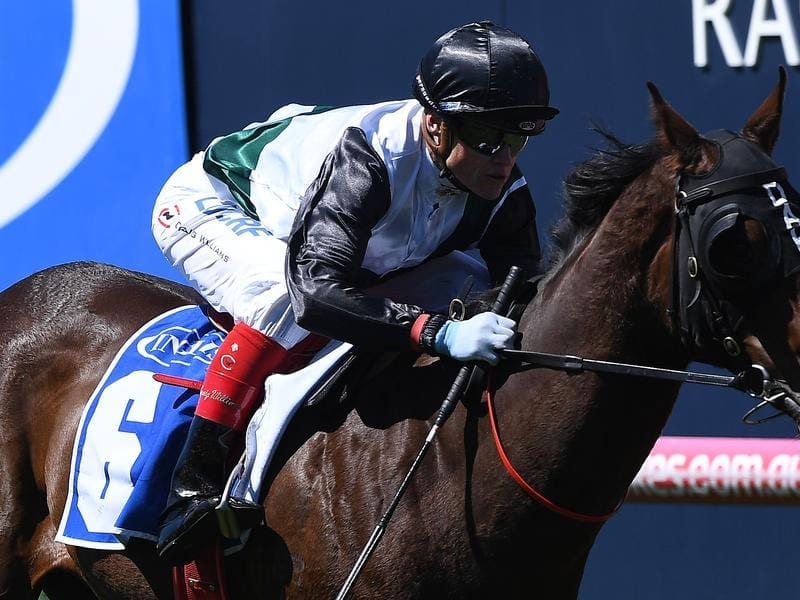 The outstanding win by filly Champagne Boom in the Listed Debutante Stakes at Caulfield has shown Queensland’s super sire Spirit of Boom will be no one-season wonder.

Spirit of Boom, who stands at Eureka Stud on the Darling Downs, was last season’s leading juvenile sire by winners with 19.

Champagne Boom, who is trained by the David Hayes, Ben Hayes and Tom Dabernig partnership, cost $90,000 at the Magic Millions sales this year.

She is raced by an all-female syndicate meaning she is eligible for $500,000 bonus on top of the $2 million prize money for the Magic Millions Two-Year-Old Classic in January.

Champagne Boom is the second winner produced by the broodmare Lucky Toss who is a half-sister to stakes winners Scenic Warrior and Stanzaic.

She raced in Queensland where she won four times when trained by the late Bruce McLachlan and then Tony Gollan.

Lucky Toss is due to foal to Spirit of Boom again this season.

Eureka Stud’s Scott McAlpine said Champagne Boom’s win had confirmed his confidence Spirit of Boom could match it with the best sires in Australia.

“Word has it there are a few more of his two-year-old crop showing a lot of promise,” McAlpine said.

A multiple Group One winner Spirit of Boom already has six stakes winners and his stud fee has increased to a record for a Queensland sire of $55,000 this season.