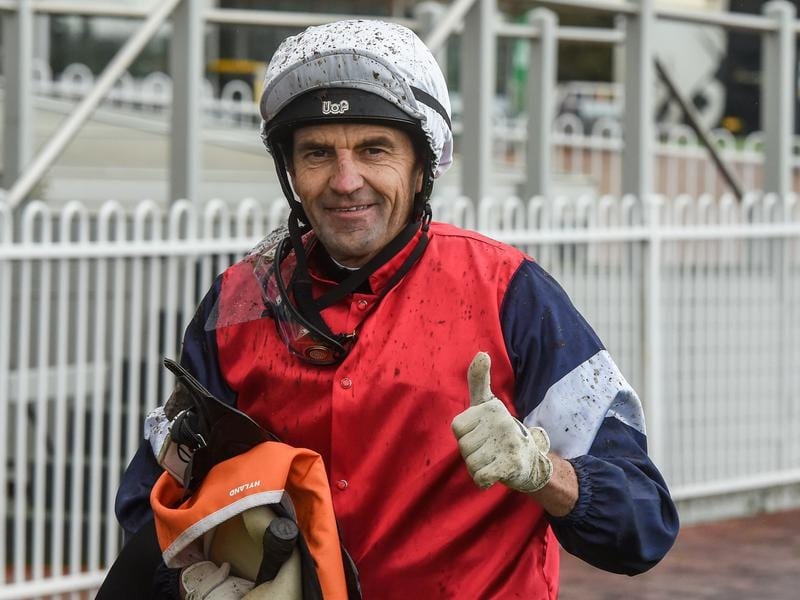 On the recommendation of jockey Dwayne Dunn, Tasmanian galloper Blaze Forth will attempt to add a 1600m win to his record at Flemington.

Sent to Victoria after Tasmanian racing was shutdown in early April, Blaze Forth will contest the Apache Cat Handicap at Flemington on Saturday.

Trainer John Blacker, who has remained in Tasmania preparing his 40-horse team for a racing return on June 13, said Dunn suggested a distance rise after riding Blaze Forth at Flemington last Saturday.

Finishing eighth behind Iconoclasm over 1400m, Blaze Forth was beaten just over 1-1/2 lengths and after a good week it was decided to take up the Flemington challenge.

Blaze Forth and four of his Tasmanian stablemates have been campaigning in Victoria since mid-April under the care of Leon Corstens at Geelong.

“I had never really thought about it again until Dwayne said he might appreciate the 1600 (metres) at this stage of his campaign,” Blacker said.

“He’s had two solid runs, at Sandown and then last week at Flemington, and wasn’t beaten far behind some good horses.

“Barrier one’s a big advantage if they’re not going out wide, as it’s a heavy track there at the moment.”

Blacker said the subsidy paid by the Tasmanian government for each horse in training kept cash flow coming into his business while in shutdown.

He said the majority of his team had remained in light work during that period.

“We’re back in full swing now, so when racing starts up again we’ll be ready to travel down to Hobart with a team and hopefully we’ll keep racing week to week,” Blacker said.