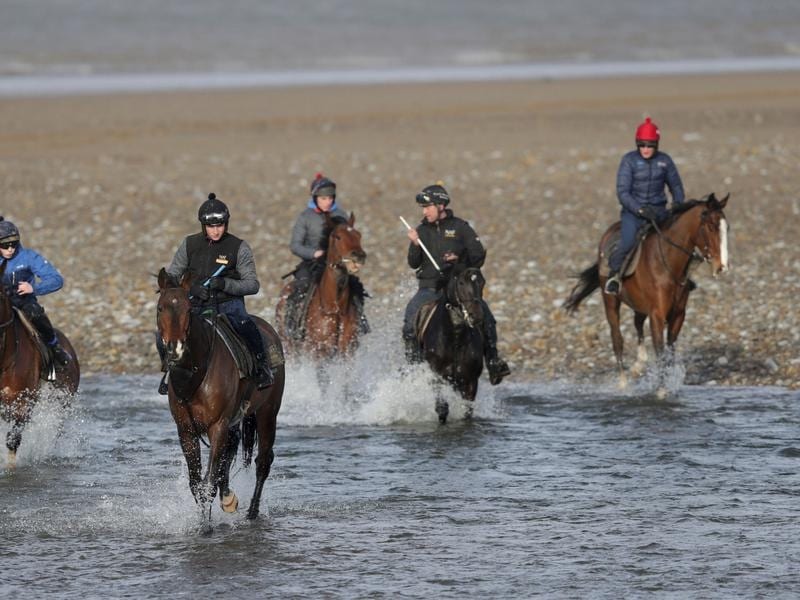 Horses being exercised as Britain plans for return to racing behind closed doors.

Plans for a resumption of racing in Britain will be reviewed by the board of the British Horseracing Authority next week.

Racing has been suspended until at least the end of April amid the coronavirus pandemic, with the last meetings in Britain at Wetherby and Taunton on March 17, both behind closed doors.

The government has indicated there will be no imminent lifting of the lockdown measures that have been in place in Britain from March 23, with the current restrictions including a ban on public gatherings of more than two people.

Horses continue to be trained and exercised. Racing is continuing in Hong Kong, Japan and Australia under strict biosecurity protocols.

The sport’s Resumption of Racing Group – established by the COVID19 Racing Industry Group – has been working with horsemen, racecourses and others on a plan to resume racing on the Flat behind closed doors as soon as that becomes possible.

A statement from RORG said the focus was on establishing criteria to determine the conditions under which racing could resume.

“The group continues to focus on a framework that will enable racing to be ready to resume on daily basis in a phased and controlled way as soon as possible,” the statement said.

“The initial phase of that plan will ensure opportunities exist for horses to race under strictly controlled conditions at locations which meet the criteria being established, and not until approved by the BHA board and government.”

Richard Wayman, chief operating officer of the BHA, said the health and safety of the public was paramount.

“That will clearly be the most important consideration informing their view of when it’s safe for sport to resume,” he said.

“But we continue to keep them fully informed of the lockdown’s considerable economic impact on individuals and businesses within racing, and our responsibility for the long-term prosperity and sustainability of the sport.

“We have followed government guidance throughout this crisis.

“The work that’s been done to develop a resumption plan is excellent and has demonstrated that racing would be ready to resume when that becomes possible.

“We are liaising with government as part of our development of a responsible, coordinated plan for the return of sport when we’re told it’s safe to do so.”