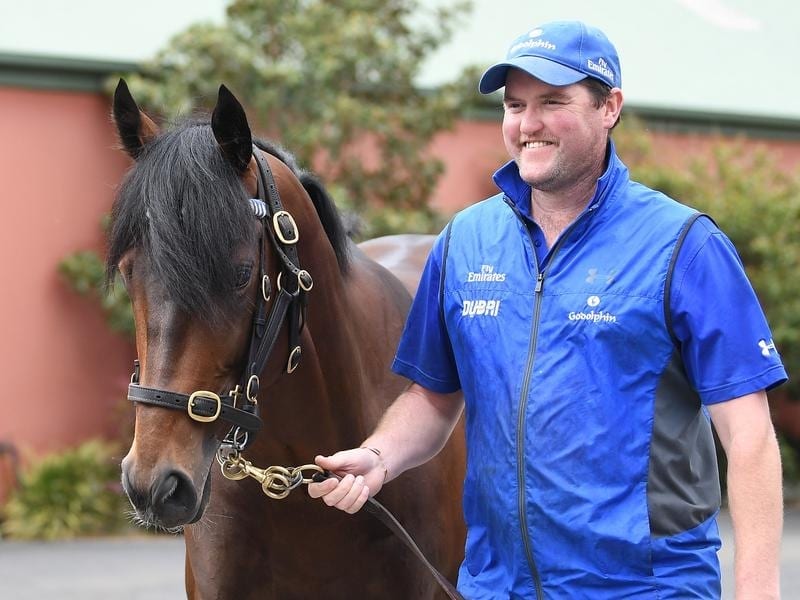 Godolphin will boost its presence in the Kennedy Mile with Best Of Days getting a start in the race.

Hartnell’s biggest stumbling block to a fifth Group One win could come from within after stablemate Best Of Days gained a late start in the Kennedy Mile.

Queensland’s Horse of the Year, the Liam Birchley-trained Crack Me Up, has been sidelined by a fractured sesamoid, giving the first emergency a berth in Saturday’s race.

Like Hartnell, Best Of Days is a former European who has been sent to trainer James Cummings in Australia.

Best Of Days won his first race in Australia at his second start for Cummings on September 1.

He was placed at his next two starts before the Coongy Cup (2000m) in which he finished in a dead heat for first with Mask Of Time.

“Best Of Days had the blinkers on in the Coongy Cup and I think they had a positive effect,” Cummings said.

“He cruised up on the outside of Ranier in his gallop on Tuesday and they matched strides. Best Of Days was doing it well within himself.”

Cummings does of course have a soft spot for Hartnell who has proved a popular horse since he began his Australian career in early 2017.

“He’s in terrific shape, dancing around the stables. He’s got the skin of a two-year-old colt,” he said.

“I’ve spent a lot of time thinking about Hartnell and he’s never disappointed me over seven furlongs or a mile and keeping him to those trips has been extremely rewarding.”

“He enjoys the shorter work as well as the shorter races. That’s what we’ve stuck to this campaign and he’s kept on running well.”

Kaonic is the fourth emergency and will run in an 1800m-race on Tuesday if he doesn’t gain a start.

Waller won the Kennedy Mile last year with Shillelagh who will run over the same distance on Saturday but against her own sex in the Empire Rose Stakes.