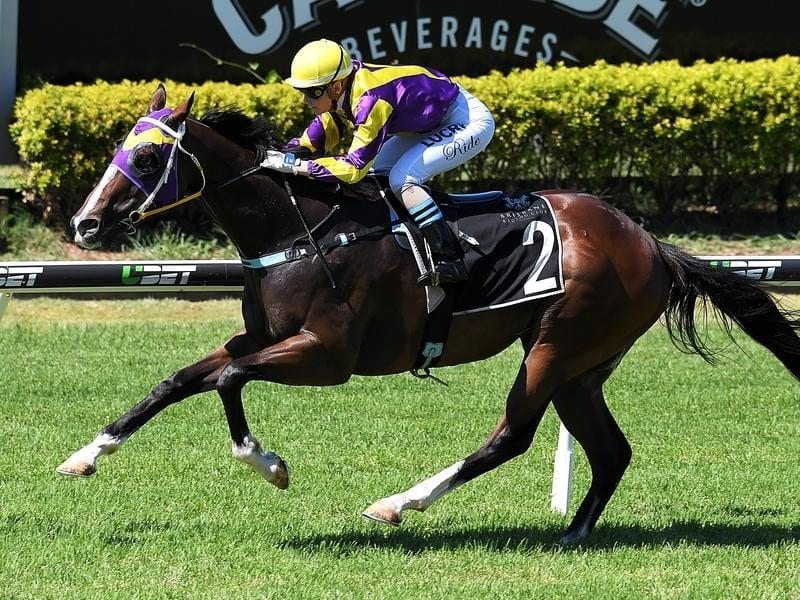 Boomwaa will be part of a strong team at the Gold Coast for Toowoomba trainer Ben Currie.

Trainer Ben Currie is set to rack up another milestone when he takes a strong team to the Gold Coast.

At Doomben on Wednesday, Currie brought up his 100th overall winner for the season, 98 in Queensland and two in NSW.

He now has the chance to record 100 Queensland winners with a big team at the Gold Coast on Saturday as he tries become the state’s leading trainer for a second successive season.

The Toowoomba trainer has targeted the Jewel with Mishani Hustler who upset Plumaro at his only start at Doomben last month.

“It is a big money race and we decided that would be his target. He has had a little rest and been got ready for this,” Currie said.

“I have plenty of respect for Plumaro and especially at the weights, but I think we are in with a real chance.”

The 2016 Toowoomba Cup winner Honey Tost is on the comeback trail from injury while Boomwaa has been racing well at Doomben.

“Honey Toast is out to his right distance at 1800 metres and Boomwaa is fit,” Currie said.