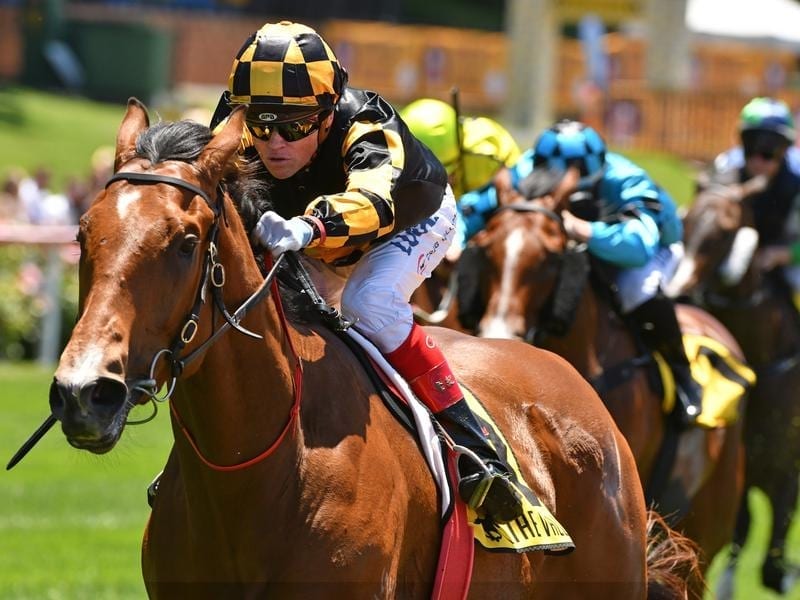 Three-year-old Behemoth faces an acid test when he steps up to Group One level in The Goodwood.

Trainer David Jolly is acutely aware of the task facing Behemoth in The Goodwood at Morphettville.

Racing experience and badly off at the weights are negatives the three-year-old has to overcome, however the Goolwa-based Jolly has seen enough in the galloper to say he deserves his place in the Group One sprint.

Whether it’s on Saturday, or in 12 months time, Jolly is happy to take that chance.

Behemoth has won two of his six starts, including one at Moonee Valley, and will be lining up for the third run of the preparation.

A first-up second in the Redelva Stakes at Morphettville on April 13 was followed by an unlucky midfield finish in the Eucalse Stakes at the same track on May 4.

Jolly thought drawing out wide that day would suit Behemoth who was a victim of a slowly run race while on Saturday Behemoth has barrier one under Anthony Darmanin.

“It might actually be better for him to be smothered up on Saturday as there’s a bit more genuine pace so hopefully we’ll see something a little better,” Jolly said.

Under the set-weights and penalties conditions on Saturday, Behemoth is receiving only 3.5kg from topweights, Group One winners Booker and Spright.

Jolly said The Goodwood doesn’t favour three-year-olds as it once did.

“When it was a handicap, a horse like him would get in 51 (kilos), or something, and there was a 58 topweight,” Jolly said.

“These days it probably favours a well-performed older horse at the weights, but opposed to that it’s not a vintage Goodwood.

“He’s a big strong horse, he’s a good raw talent and we’re just not sure where he lies with these, but we’re happy to have a go and find out.”

Last-start Sangster Stakes winner Spright remains favourite, easing to $3.70 and will have to overcome the widest draw in the 16-horse field.

Money continues to come for the Tony McEvoy-trained Cool Passion, firming into $6.50 second favourite, while Behemoth has met with some support, firming from $23 to $21.