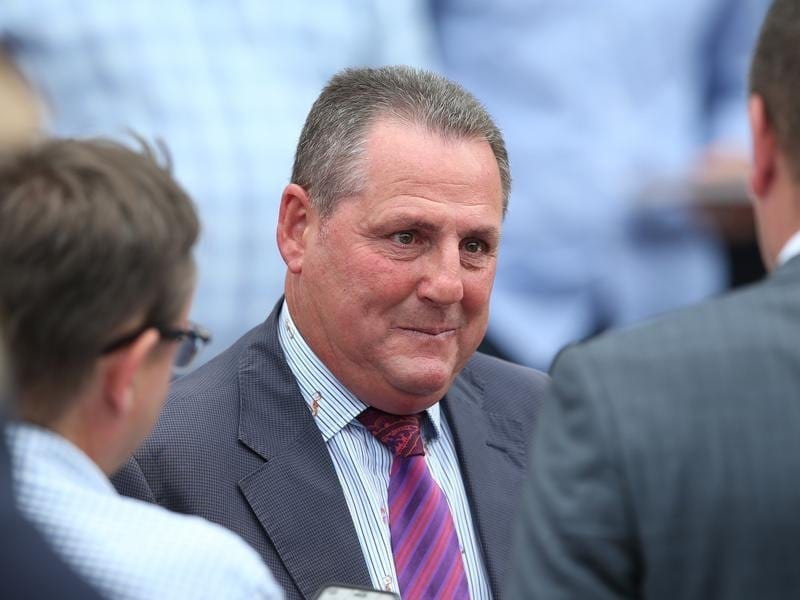 Trainer Grahame Begg is hoping for a strong tempo to help Galaxy Raider show his best in the Winter Championship Series Final at Flemington.

After finishing a close second in a heat of the series at Sandown in May, Galaxy Raider was given a month until his next run at Flemington with a view to getting him to Saturday’s 1600m Final.

Galaxy Raider finished eighth in his lead-up last Saturday week over 1400m but Begg still took positives from the performance given the way the race panned out.

“That race the other day with the rail out nine metres was very much dominated by horses on the pace,” Begg said.

“On Saturday it looks like it will be a race of good pressure which will hopefully give them an opportunity to run on.”

Begg considers 1600m to be at the upper end of Galaxy Raider’s distance range but believes on the limit weight he will be able to produce his usual finishing burst from back in the field and be strong to the line.

“He’s done well. I haven’t had to do too much with him because he’s pretty fit but we’re happy with him,” Begg said.

“He’s got 54 kilos and hopefully if it’s a pressure race up front it can bring him to the fore.

“He gets his chance to step up to the mark.”

Galaxy Raider was at $26 on Friday in a capacity field and will be ridden by Damien Thornton.

The Darren Weir-trained Ozi Choice is the $4.40 favourite ahead of Magic Consol ($6) who is coming off a seven-length win over 1600m at Moonee Valley at his most recent start.

Begg has two runners on Saturday’s Flemington Finals Day program and is expecting a bold showing from Elle Gagne in the Rivette Series Final (1600m) for three-year-old fillies.

Elle Gagne stepped up from 1200m to 1600m last start at Moonee Valley and stuck on well after leading to finish fourth, less than a length behind three of her rivals in Saturday’s race.

“It’s a race that seems devoid of speed so it should suit her,” Begg said.