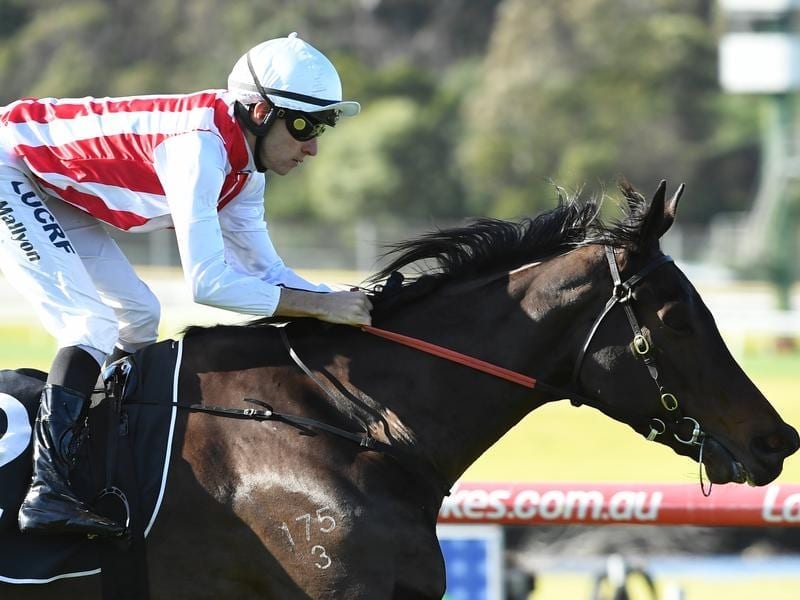 Our Libretto will back up in the Zipping Classic after a luckless passage in the Matriarch Stakes.

Trainer Grahame Begg is treating the first Australian defeat of Our Libretto as a barrier trial ahead of the mare running in a stakes race at Sandown.

Our Libretto tackles the weight-for-age Zipping Classic on Saturday at her first try at 2400m.

The mare joined Begg earlier in the year after two unplaced runs in New Zealand and made an immediate impact winning a Sandown maiden in July.

Victories at Sandown, Flemington and Cranbourne followed before Our Libretto contested her first stakes race at Flemington last Saturday, finishing seventh to Kenedna in the Matriarch Stakes.

“Straight after the start she got shoved straight on to the fence in a walk, trot race, and was getting dictated to the whole time.

“She tried coming off the fence about the 700-metre mark but got shoved straight back onto the fence and never really got a chance to get wound up.”

Begg pointed out the mare had one of the best 400m and 200m closing sections for the meeting and believes the mare deserves a shot at Saturday’s race.

“We felt she had a barrier trial,” he said.

“She might look like she’s struggling under riding but all of a sudden once she hits her stride she lets go.

“She was only beaten 1.3 lengths and didn’t really get a lot of clear room.”

Begg sees positives in Our Libretto’s return to racing at Sandown where she’s unbeaten in two starts.

He added she’ll enjoy the long run home and the small field, facing only seven opponents.

“She’s had a pretty cruisy week and we’ve been wanting to get her to a mile-and-a-half,” Begg said.

“And this race would go a long way to qualifying her for next year.

“If she won on Saturday it would allow us to give her a light autumn and prepare for the spring.

“Also from her breeding point-of-view it’s a Group Two so we thought we’d have a roll of the dice.”

Our Libretto has met with betting support, shortening from $7.50 into $5, and now shares the second line with Dal Harraild behind $4 favourite The Taj Mahal.

The mare’s older half-sister Epingle ran second in the Zipping Classic in 2013 and 2014.