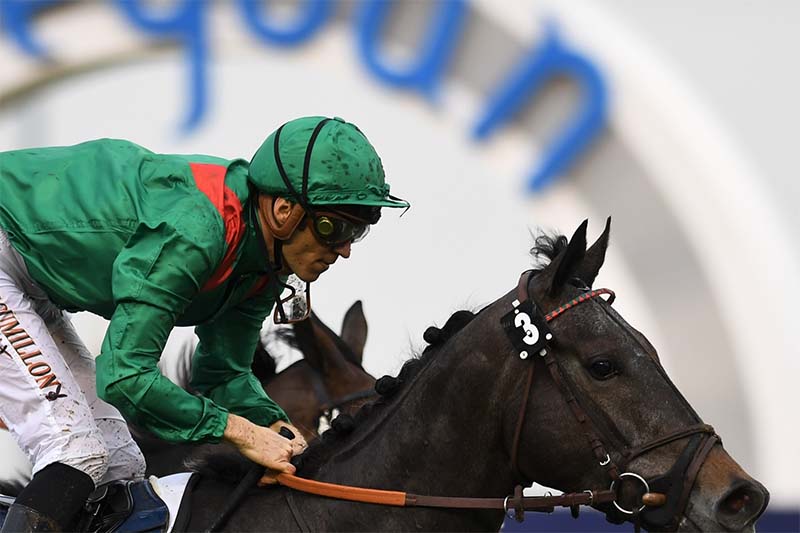 Friday’s third Al Ain meeting of the season is a seven-race card with six Purebred Arabian contests and a solitary event for the Thoroughbreds, a 1000m handicap in which Satish Seemar saddles Bedeeveya, a winner on her previous start at Sharjah.

Having just her fourth career start and first in a handicap, the 4-year-old daughter of Tizway ran twice last season before returning with an excellent second over 1200m at the very first meeting of the campaign at Jebel Ali at the end of October. Fifteen days later, she went to Sharjah to record a decisive victory over 1000m.

Richard Mullen again rides for Seemar and owner Dubai Japan Aibakai, who purchased her for what may prove a bargain AED 28,000 at the ERA Horses in Training Sale at Meydan in March. Her two outings last season were both in the colours of Sheikh Mohd bin Khalifa Al Maktoum.

“That Dubai summer really seemed to do her a lot of good and it was a very good run first time back at Jebel Ali,” Mullen said. “That was over 1200m, but she showed plenty of speed to win over 1000m at Sharjah, so hopefully—over the same trip—she should be competitive on Friday.”

Doug Watson and Pat Dobbs’ Paranormal looks a big danger for Mohd Khalifa Al Basti who owns three of the 15 runners, the maximum field allowed. Paranormal’s two course and distance appearances last season resulted in a victory followed by a close second. With an outing at Meydan four weeks ago under his belt, he should be spot on for this assignment. The same owner’s Guernsey is making his stable debut having had four runs last season for Mike de Kock and being previously trained in America by Mike Stidham for Godolphin.

Watson said: “Guernsey is an interesting new horse for us who has been going well at home and this looked a good spot to get him on the track in a race situation. Paranormal we know appreciates the conditions at Al Ain and should strip fitter having had that comeback run. It looks a competitive race; we hopefully have two decent shouts.”

For Ahmad bin Harmash, Goldenground and Connor Beasley, who is again in the saddle, were a 1000m Jebel Ali winner just last Friday when the 3-year-old was shedding his maiden tag on his 13th career start.

He was well beaten over the 1000m on his sole previous Al Ain outing, which was almost a year ago, but certainly arrives in good form. The same can be said for Pinter, also in Jebel Ali action last week when a close second in a 1400m handicap. To be ridden by regular pilot Antonio Fresu for Erwan Charpy, the 6-year-old will be having a first crack at 1000m on his 19th outing.

The most valuable race on the card and the best of the Purebred Arabian action is the finale, a 2000m handicap in which both Snaffy and AF Al Jahed will attempt to concede weight to the remaining 12.

One of no less than 5-of-14 in the race trained by Eric Lemartinel for His Highness Sheikh Khalifa bin Zayed Al Nahyan, Snaffy is the choice of Pat Cosgrave. The 6-year-old has one victory to his name, after 12 starts, in a maiden over 1600m on the turf at Abu Dhabi. That was on his second ever appearance but he is still looking for a first victory on dirt on what will be his eighth attempt. He was third on his most recent two Al Ain visits, over 4100m and 5100m, last season and has the benefit of an Abu Dhabi outing in November.

AF Al Jahed, on the other hand, is making his seasonal reappearance having been off the track since February. Representing the Ernst Oertel and Khalid Khalifa Al Nabooda combination, he is the choice of Tadhg O’Shea. Three of his four victories have been registered on dirt surfaces, two at Jebel Ali and a 1600m maiden success here at Al Ain in January 2017.

“He is generally very consistent, so (he) should hopefully run well,” O’Shea said. “It his first outing for a while but he worked well the other day. With luck, I have picked the right one!”